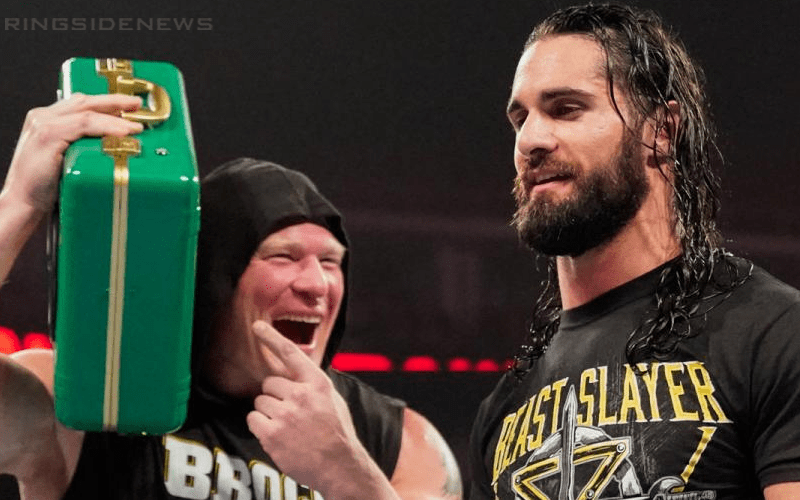 Seth Rollins called Brock Lesnar out in a big way last week on RAW, but he should have been careful what he wished for. Because The Beast Incarnate is now coming after his title next week on RAW.

The Universal Champion replied to the news that Brock Lesnar is cashing in on him while throwing shade at The Beast Incarnate in a big way. Because Lesnar didn’t even participate in the MITB match before winning the contract and now he’s cashing in via social media.

Dude “won” his MITB contract without even participating in a match. Now is “cashing it in” via his advocate on social media. Who even is @BrockLesnar anymore? Hope you’re not lying Paul; bring this goon to Raw so I can stomp out what’s left of him.

We will have to wait and see what happens next week on RAW. Stephanie McMahon said WWE was going to take action against Lesnar and Heyman so perhaps this cash in is in response to that promise.