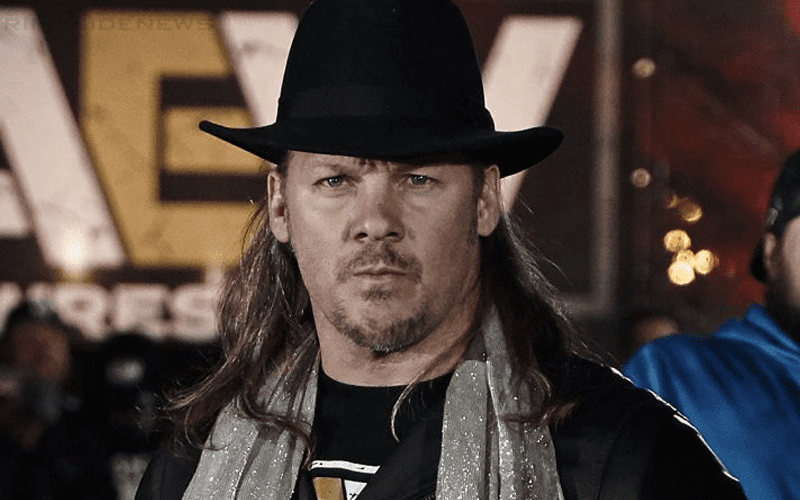 AEW has a lot of momentum heading out of Double Or Nothing, but Cody Rhodes said that All Out will be another annual tent pole for the company.

The All Elite World Title revealed by Bret Hart at AEW Double Or Nothing and now we know when a match for that new title will take place.

Chris Jericho defeated Kenny Omega to earn a spot in the title match while Hangman Page won the Casino Royale match during the Double Or Nothing Buy In. Now the two will face each other at All Out.

While on Busted Open Radio, Chris Jericho revealed that he will face Adam Page for the All Elite World Title at All Out on Labor Day weekend.

This is an interesting situation because Pac was supposed to defeat Adam Page at Double Or Nothing, but he couldn’t lose as Dragon Gate Champion. Therefore, Dave Meltzer reported he couldn’t lose to Kenny Omega later on. This would lead some to believe that the All Elite World Title match at All Out would have originally been Kenny Omega vs Pac. If that was the case then Omega should have defeated Jericho at Double Or Nothing.

It really doesn’t matter how they got to this point because Chris Jericho vs Adam “Hangman” Page is still going to be an amazing match that we can only assume will main event All Out on August 31st.