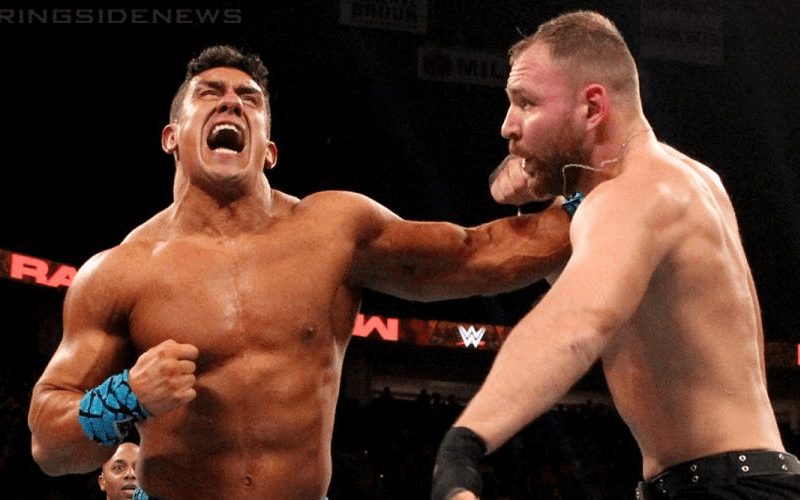 Jon Moxley is no longer with WWE, but during his final run with the company they booked him to take a loss to EC3. This backfired on WWE and Mox spoke openly to Chris Jericho about this on Talk Is Jericho.

During that discussion, Moxley said he liked EC3 and put him over while explaining how the resentment he got from the fans wasn’t Carter’s fault. Vince McMahon was booking Moxley as a heel and fans didn’t want to boo Dean Ambrose.

EC3 obviously heard the Jon Moxley episode of Talk Is Jericho because he sent out a tweet saying:

“Thank you. The feeling is mutual. Good Luck.”

Vince McMahon reportedly isn’t a fan of EC3 at all. Therefore we’ll just have to wait and see how he’s used in the future.

At this point, the association with Dean Ambrose might still be a sticking point, but it’s hard to know why Vince McMahon would have a problem with EC3 at all.