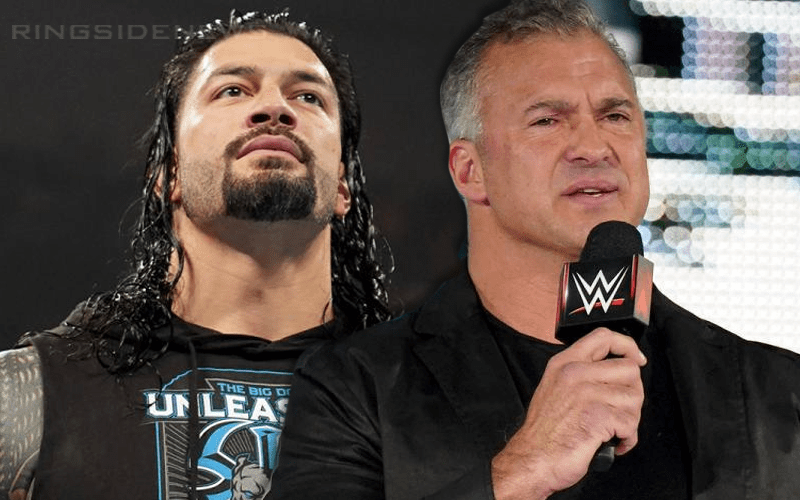 Roman Reigns is engaged in a feud with Shane McMahon now on SmackDown Live. Reigns might also show up on RAW on a weekly basis so he can take advantage of the Wild Card Rule. This can get quite tiring, but that’s why he’s The Big Dog.

While speaking to Newsweek, Roman Reigns said that it’s funny to watch Shane McMahon every week on both WWE brands. Because Shane McMahon must play different roles on each show where he’s either being a spoiled rich kid or playing with his father’s toys.

“I love it man. Shane is an authority figure but like I said Monday night he’s a spoiled rich kid. He’s out here trying to play with his dad’s toys. It’s funny to me, it’s not being in there with Vince or with Stephanie he’s a different character and we’ve all known that dude in high school. In your head you’re just like ‘screw this guy.’ He may have thrown the party but he’s the biggest douche in the room.”

Roman Reigns might be getting some new heat on this feud with Shane McMahon, but there could be some truth in his statements. Shane McMahon is a pretty convincing “biggest douche in the room.”

Either way, we should be expecting to see their feud continue at least through July. Because a handicap match with Roman Reigns vs Shane McMahon and Drew McIntyre is currently being booked for the Extreme Rules pay-per-view.