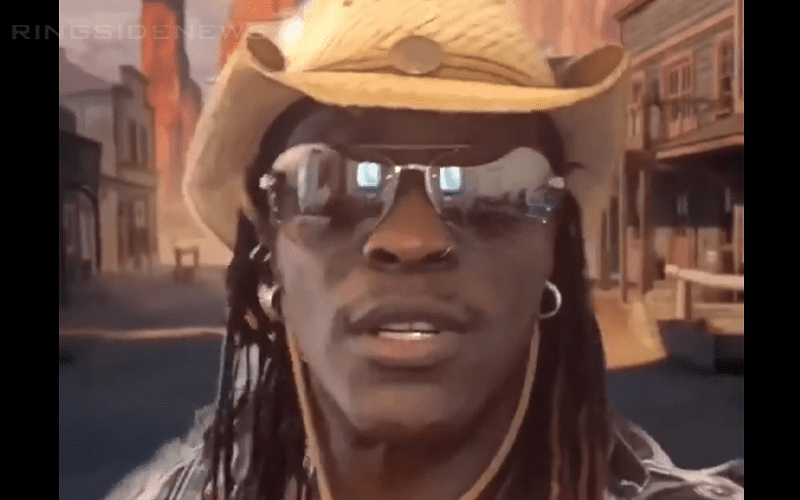 R-Truth won the 24/7 Title and he is making the most of it in a big way. Truth just dropped a new music video and everyone needs to check this one out.

The USA Network’s idea of adding the 24/7 Title really benefited R-Truth. He has taken his title online and even though all of the opinions about the new title might not be the best the fact is that everyone is talking about it.

If you’re not a fan of the WWE 24/7 Title’s design, then maybe you’ll like it while it wears a cowboy hat and a plaid shirt. Truth was sporting western attire as well as he sang a brilliant country/hip-hop promo about being WWE 24/7 Champion.

He might still think that he’s holding the WWE European Title, but at least it sounds like R-Truth understands the rules. Because he is going to keep running from anyone that comes his way because anyone could be a challenger for his title.

Say what you will about the WWE 24/7 Title, but R-Truth might be the most entertaining champion in WWE right now.