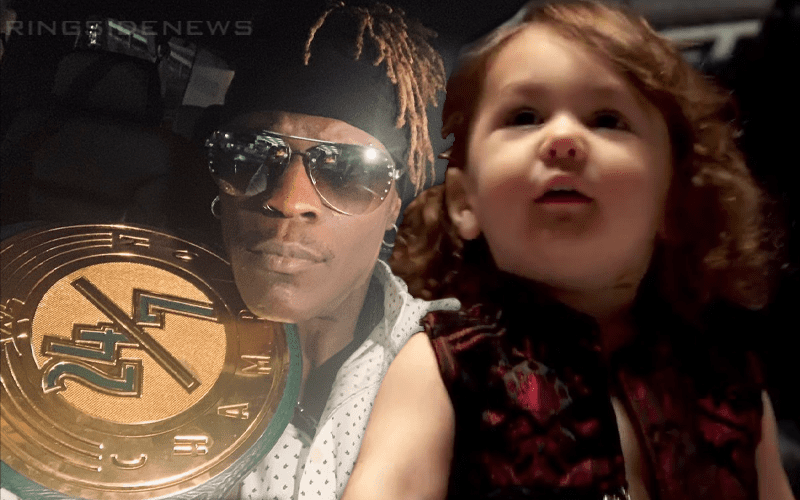 R-Truth might be the current WWE 24/7 Champion (for now), but he could have a very good challenger looking for him too. Because Matt and Reby Hardy’s son Maxel has a flawless record in the ring and he’s looking for R-Truth.

Maxel Hardy took the “wanted” poster that Drake Maverick made up and scratched the former Rockstar Spud’s name off of it to replace it with his own. It looks like Ron Killings could have his hands full if Maxel gets hold of him.

The WWE 24/7 Title is up for grabs for any RAW, SmackDown, NXT, NXT UK, or 205 Live Superstar. It also includes Hall Of Famers and Legends. Maxel Hardy might not fit any of those categories specifically, but it’s a pretty safe bet that WWE would be willing to make an exception.

This is a very entertaining idea, but the 24/7 rules allow for plenty of possibilities to open up now that WWE introduced this new title.