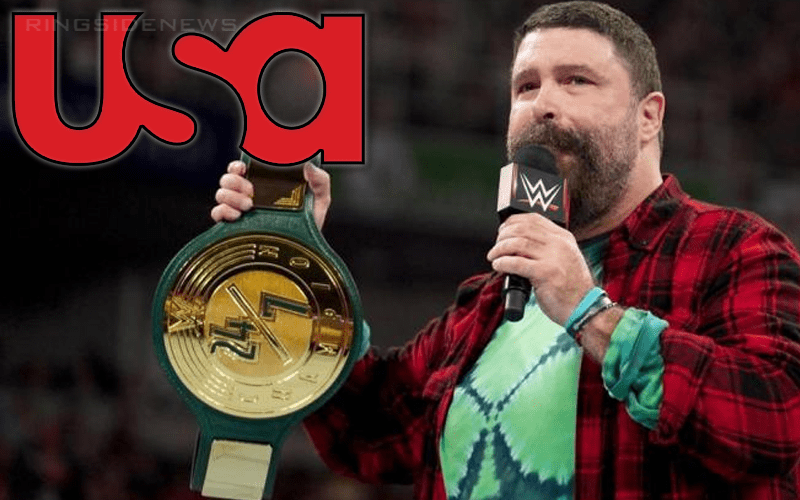 WWE introduced a new 24/7 Title to their already loaded list of championships, but it wasn’t their idea.

RAW and SmackDown Live are both on the USA Network and they have noticed a slump in ratings. This drop in viewership has been especially troubling during RAW’s third hour. Therefore, USA Network wanted something to be done about this.

It was noted in the Wrestling Observer Newsletter that “the backstory is that the USA Network has been complaining for some time about declining ratings, in particular in the third hour.” The network apparently sent a bunch of ideas to Vince McMahon about how to improve things and the 24/7 Title idea was the best one they sent in.

USA Network of late was sending in all kinds of ideas to WWE to bring up the third hour ratings. One person with knowledge of the story said the ideas were all terrible, but the 24/7 idea was the best one and McMahon knew he had to take one of them.

It is said that the 24/7 Title idea is largely taken from the DDT promotion in Japan. However, unlike the Japanese company who allows inanimate objects to become champion it’s not likely WWE will take it that far.

We will have to wait and see what is next for the 24/7 Title, but hopefully, it will be able to draw some interest to RAW’s third hour.