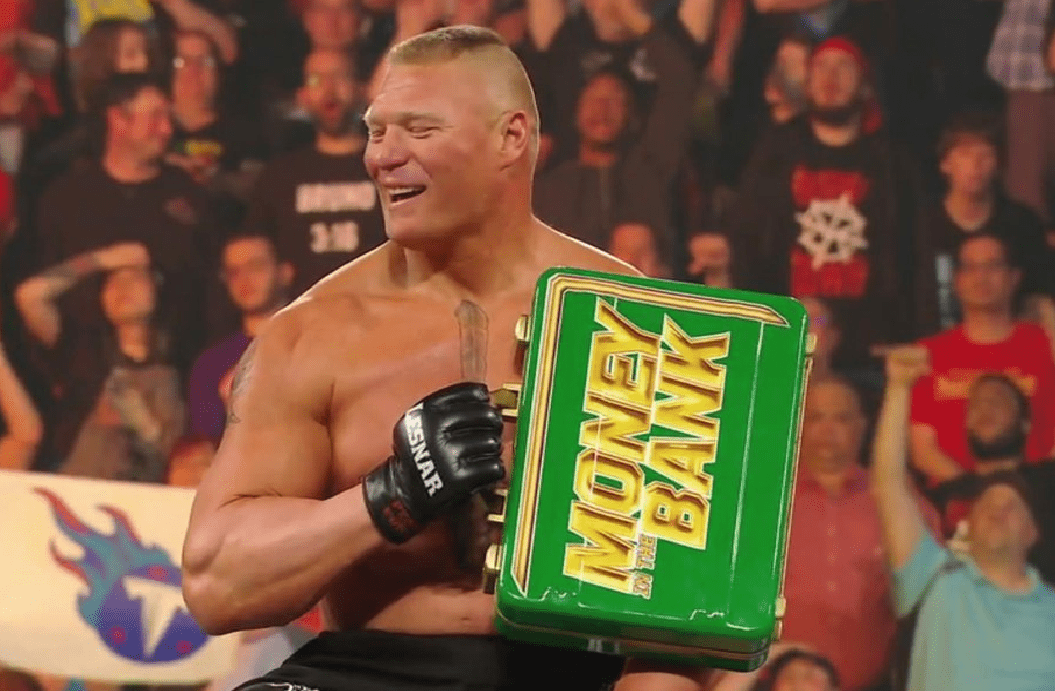 Brock Lesnar returned at Money In The Bank to insert himself into the 8th spot in the match. Apparently, he’s the guy who took out Sami Zayn backstage and hung him upside down. Now Lesnar is Mr. Money In The Bank and fans have a lot of questions.

If you would like our entire Money In The Bank results you can get those here if you need to catch up.

PW Insider reports that there was talk this afternoon that Brock Lesnar might have been at the pay-per-view. He was hidden away backstage and no one was able to confirm he was at the event.

Only a “very small group of people” knew that Brock Lesnar was actually in Hartford before he walked through the Gorilla Position.

It could be very likely that Brock Lesnar will cash in his Money In The Briefcase at the WWE Super ShowDown event in Jeddah to get another crack at the Universal Title. Then again, you never know how WWE could book things at this point, but Lesnar has won the Universal Title in Saudi Arabia before.