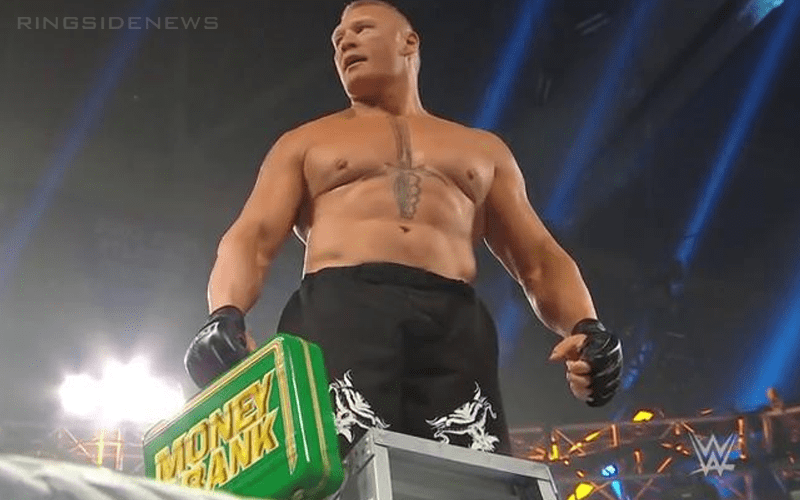 If you would like to read our entire Money In The Bank results you can click here to read everything that happened tonight.

Brad Shepard reported weeks ago on Oh, You Didn’t Know that Brock Lesnar’s WWE return was happening sooner or later. Although a time wasn’t specified, Money In The Bank was obviously the location for his return.

Needless to say, the WWE Universe is still shocked. It looked like Lesnar was certainly having a great time as he sat on top of the ladder smiling away and taking verbal shots to everyone around that he’s back.

It has only been one month since WrestleMania, but since Lesnar’s UFC deal apparently fell through it might be a good idea to keep expecting him around now that he is Mr. Money In The Bank.