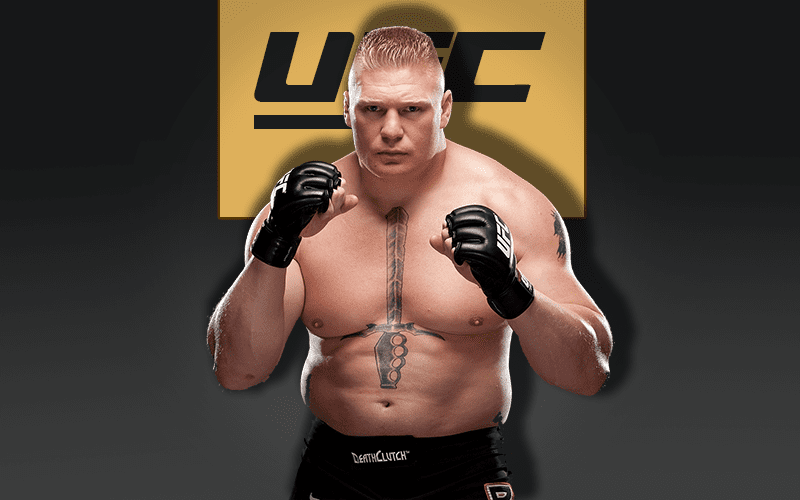 Brock Lesnar will be returning to a WWE ring in Saudi Arabia on June 7th, but the same is not true at all for the UFC’s Octagon. Dana White said that Lesnar is ‘retired’ now, but it might not be that simple.

The Wrestling Observer Newsletter noted that Brock Lesnar simply had a number that UFC couldn’t guarantee. This was the breaking point to make a fight against Daniel Cormier happen. UFC couldn’t agree to that number so their dealings were simply nixed.

If you’re going to offer Brock Lesnar something to do then it better meet his price-point. Word is that Lesnar was paid $1 million for his last match in Saudi Arabia so he really values his time.

Obviously, at Lesnar’s age it might take a little extra effort getting to fighting shape, especially against someone like Daniel Cormier. So it looks like both sides will move on as Brock Lesnar continues with WWE for now.