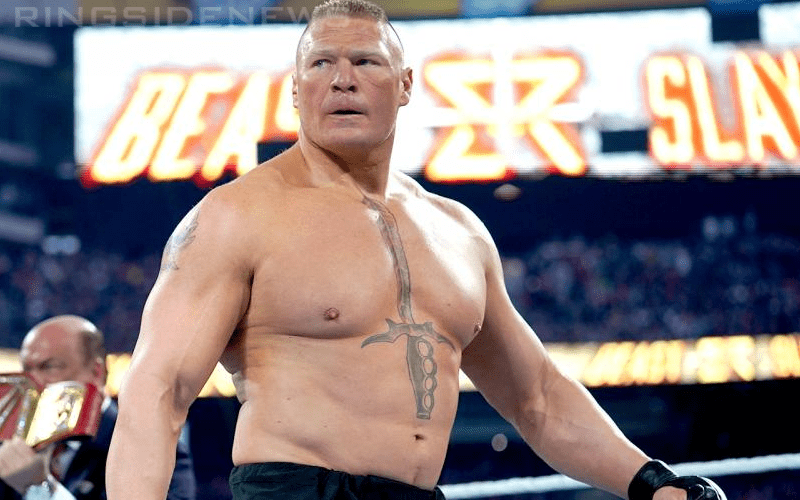 WWE has a lot to worry about when it comes to their television contracts. Because they are pulling ridiculously low ratings right now. WWE has a few bigger names that they can call on and it appears that they might just need to bring out the big guns to stop this ratings slump.

Brock Lesnar might not be fighting for the UFC again, but he will be getting back in the ring for the June 7th Saudi Arabia event. This likely means that he will be making a return soon.

Brad Shepard reports that Brock Lesnar has “worked something out with Vince” for a much better deal than he had before. This is despite McMahon obviously knowing that UFC is no longer an option. The thinking is that they need Lesnar back much sooner than later to help with this ratings crisis.

According to a source in #WWE, Brock Lesnar ‘worked something out with Vince’ for a better deal than he previously had (believed to be related to dates and/or money). With ratings tanking, Brock is expected to return sooner than later.

From the sounds of it WWE is enlisting in Brock Lesnar’s services once again to help them bring in attention. Let’s hope that it works because WWE could use all of the viewers they can get right now.