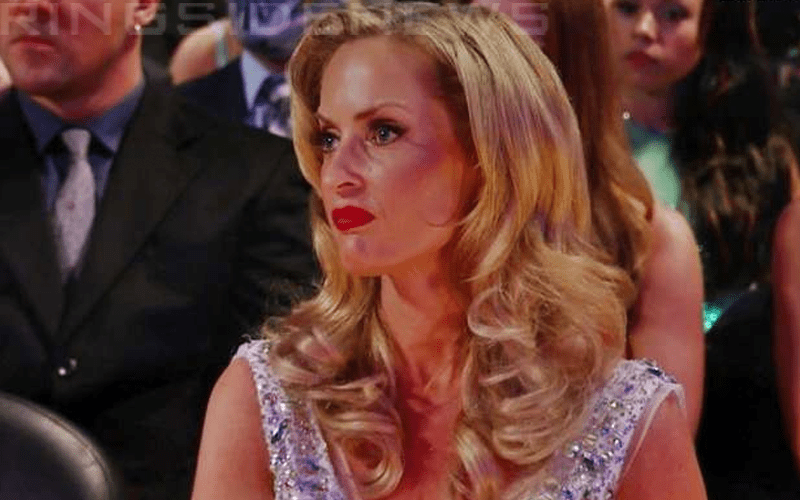 Dana Warrior was brought on to initially shadow the writing team when she told the company she wanted a job in creative. Warrior was eventually given a full-time gig as a writer to add a feminine touch to the product even though they already had an Emmy-winning female on the staff.

Warrior explained that she has always been writing so she took her talents to WWE. She also acts as a brand ambassador for the company so Dana is quite busy.

Someone who is in the know called in and said on PW Torch‘s Raw Post Show didn’t have the best thing to say about working with Dana Warrior. This writer implied that it is awkward with Dana Warrior around because everyone is working for her now.

“We’re all working for Dana Warrior and it’s really awkward.”

It seems like Dana Warrior has gained some leverage backstage in WWE. Then again, with the turnaround that the writers’ room is currently experiencing it’s not hard to gain seniority.