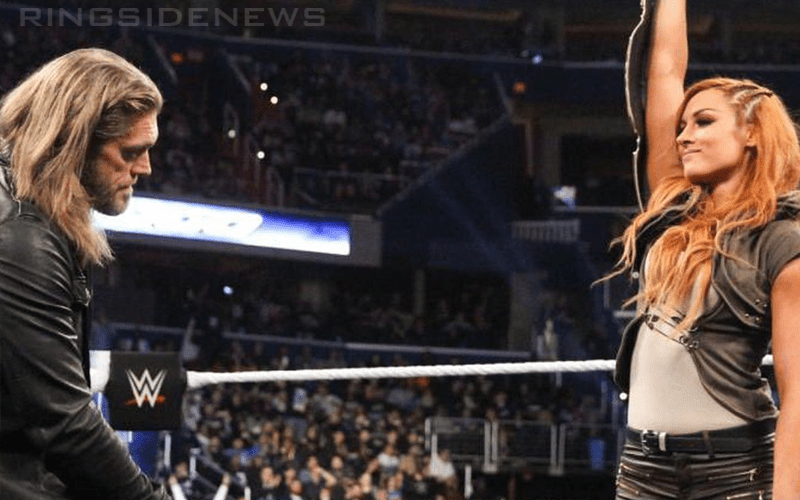 Becky Lynch and Beth Phoenix might be teasing a feud. This could result in some very interesting social media activity and it has already produced results.

Beth Copeland aka Beth Phoenix is married to Adam Copeland aka Edge. The Rated R Superstar’s career was cut far too short due to neck injuries. This is important to remember because when Phoenix made a mention about how she and The Man both have four titles in WWE between them Lynch replied that they are “neck in neck.”

Edge obviously saw this because he had his own reply by taking a shot at Becky Lynch’s steampunk gimmick where her entrance really did look a lot like his own during his WWE career.

Listen The Man, you’re doing good for yourself now kid. But we can all find the footage of your steampunk phase, with a familiar entrance where you attempt Edge lite. And fail. Sooooo begone with you.


Becky Lynch apparently didn’t want to engage Edge in an online battle. After all, he might have got to her with that comment about being “Edge lite.”

Yeah, no, you’re right, Edgester. They want me to be nicer on social and I forgot. On this day, I see clearly.
Everything has come to life. Pals?

The Man might have also hinted at the fact that someone in WWE asked her to be nicer on social media. This is interesting, but it’s also doubtful considering how she can add so much fire to her feuds by her online banter.