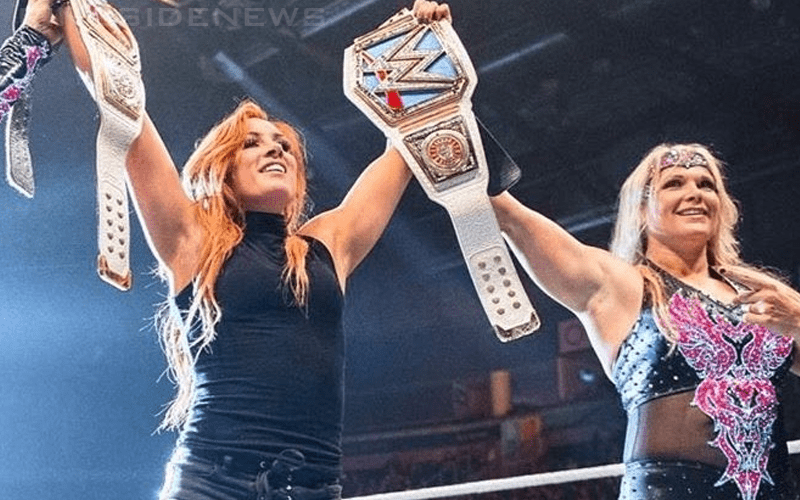 Becky Lynch is the current double champion in WWE. As both the RAW and SmackDown Women’s Champion she is having a great time touring around with her twin belts. However, that only means there is a bigger target on her.

Beth Phoenix made another return to the ring to compete during WWE’s current European tour. She is tagging with Natalya to reform the Divas Of Doom, but you never know what else she could have in mind.

Phoenix and Lynch were celebrating during a show on the tour, but The Man wanted to make sure that The Glamazon received a message loud and clear.

“Don’t get too close to that title Beth Phoenix.”

This could be a big hint at things to come, but it could also be Becky Lynch using social media to drum up hype once again. She is very good at that, after all.

We will have to wait and see, but Becky Lynch vs Beth Phoenix certainly sounds like a match that the WWE Universe might have a lot of interest in.