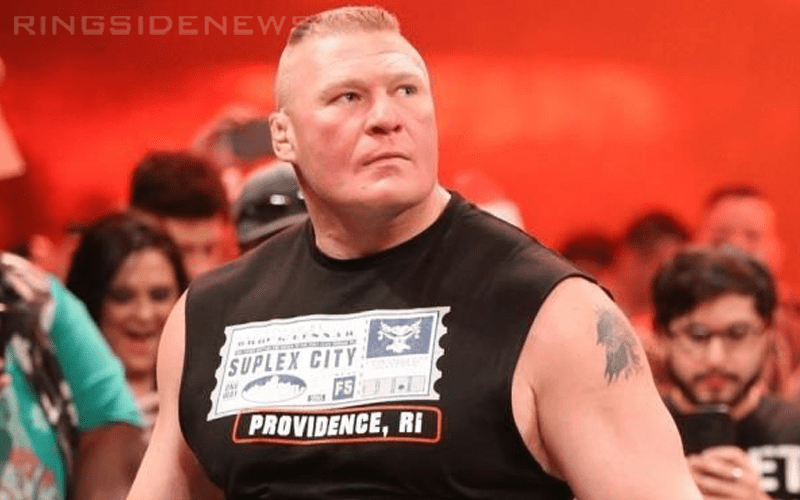 Brock Lesnar will be working the upcoming Saudi Arabia event for WWE even though his opponent is yet to be announced. He also recently “retired” from UFC, but that was Dana White’s words on the matter.

In reality, Lesnar wanted a certain dollar amount for another UFC fight that they wouldn’t match. The Beast Incarnate knows that promising a cut of pay-per-view buys in a day where UFC airs their events on EPSN+ is not going to be as lucrative as it once was. They could not come up with an agreement so UFC seems to be moving in a different direction.

Sean Ross Sapp was asked about Brock Lesnar and Goldberg’s current WWE contract status during Fightful Select’s Q&A. However, the details of those deals are being kept a very closely guarded secret within the company.

“Anybody pretending to have that information I would be suspicious of at least as of right now. I know there will always be people saying, ‘oh Brock signed a long-term deal, Brock signed a short-term deal’… yeah I don’t know.”

“I think Brock likes to keep his stuff short in order to leverage WWE against UFC and I think that is coming to an end so maybe I’m the asshole.”

Brock Lesnar might have lost some UFC leverage, but AEW might be willing to shell out the money to bring him in. Chris Jericho has made no secret that he wants to wrestle Lesnar as well and Y2J knows how to hype a match.

Goldberg’s deal with WWE might be one and done with the Saudi Arabia show, but Brock Lesnar is a much different story.

Lesnar could have a lot of interested parties apart from UFC. Because another viable option is for him to really retire and simply enjoy the rest of his life at home with his family. Because at 41-years-old, Brock Lesnar has already made a ton of money that could see him living a very comfortable life as he puts his time in the ring and the cage behind him.