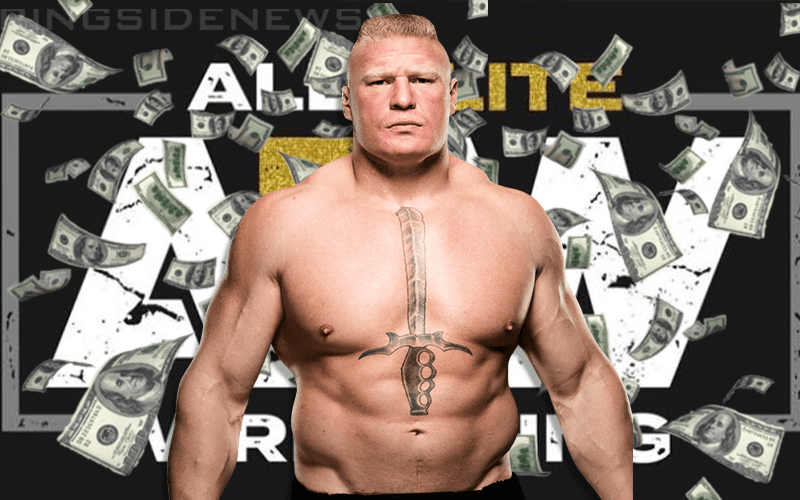 All Elite Wrestling is creating a lot of and the fact that Chris Jericho threw out an insult about The Beast Incarnate’s gut is a clear indication that he wants to have this match. However, it might not be that simple.

Jericho and Lesnar have a history of heat with each other. Although both have remained professional for the most part, there was the incident where Jericho approached Lesnar and offered to shoot fight him after Brock busted Randy Orton open the hard way at SummerSlam 2016.

Ringside News has learned that there could eventually be talks between AEW and Brock Lesnar. However, those negotiations are likely to be a clever tactic if they do initiate talks between the two sides.

Lesnar is all about making the most money possible, therefore, any talks he has with AEW won’t be kept a secret from WWE brass. This is by design and WWE is going to offer him a much higher amount to stay. This is the same tactic Lesnar has used in the past in his negotiations with UFC.

Brock Lesnar can always decide to end his pro wrestling career whenever he wants. At 41-years-old, Lesnar has made a lot of money, but there is always room for more in his bank account. Lesnar wants the most he can out of any new contract he signs and AEW could help him get a much bigger payday from WWE.