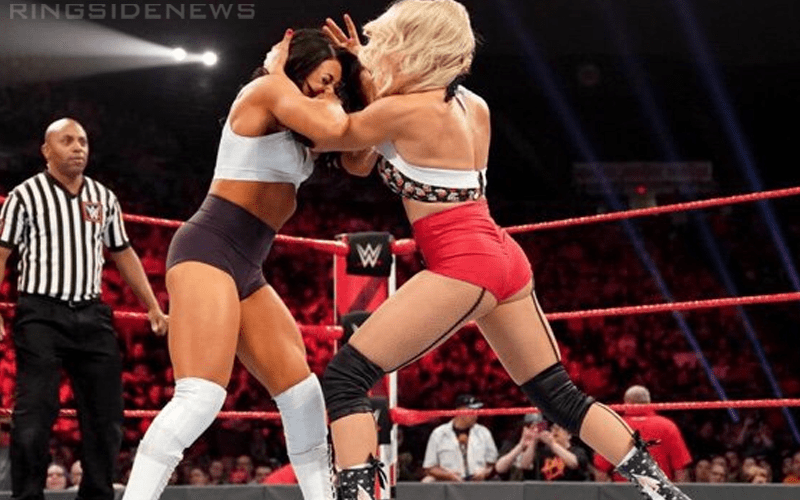 Lacey Evans is gearing up for a very important match in her career. Her first singles program is against Becky Lynch for the RAW Women’s Title and the two will battle at Money In The Bank on May 19th.

WWE needs to do a lot with Lacey Evans in a very short time to make her a real contender. It needs to be believable that she could be able to actually defeat The Man and take her title.

Therefore, WWE booked a squash match for Lacey Evans on RAW this week. The entire contest was over in less than a minute, but WWE made as big of a deal about her match as possible.

Evans sent out invitations that smelled like pastries to the women in the Money In The Bank ladder match. Evans did this to give them a warning to not try and cash in on her during a post-match promo.

The Lady Of WWE’s actual match was very short and consisted of two moves, one of them being The Women’s Right. Allie Katrina was the woman chosen give Evans that win on RAW last night.

Katrina wrestles as Alyx Sky and has been working professionally for less than a year. That wasn’t her first appearance on RAW though as she was also a member of No Way Jose’s Conga Line during the March 18th episode of RAW earlier this year.