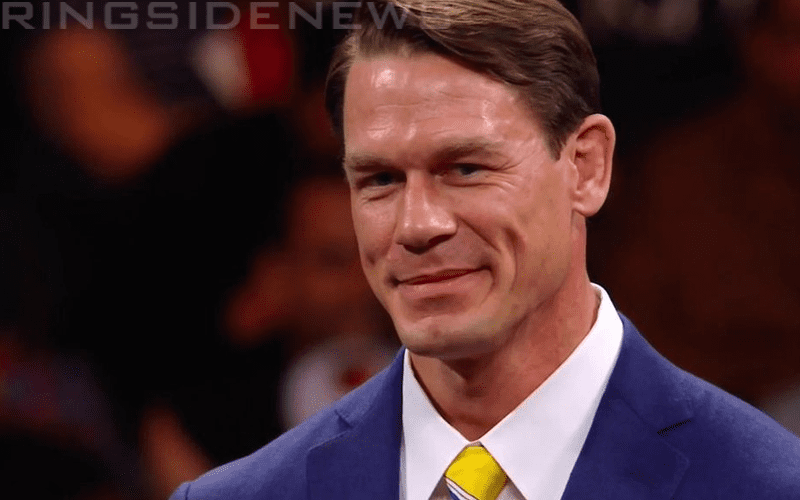 John Cena and Nikki Bella are no longer a couple in real life or in WWE for that matter. They have both moved on in a big way.

Nikki Bella can’t wait to build a home for herself and Artem while Cena is now being spotted palling around with his new girlfriend Shay Shariatzadeh.

While speaking to Extra TV, Cena probably didn’t think he would be asked about his new girlfriend, but it happened. He kept his answer short, but at least we know he’s happy.

Cena is obviously doing well as his career continues to explode like a well-time Attitude Adjustment. He might not be wrestling any more, but he is getting plenty of action on the silver screen.

The upcoming reboot of Are You Smarter Than A 5th Grader is also a very interesting role that John Cena is set to play. It’s nice to know that he’s got a girl in Canada rooting him on the whole time.