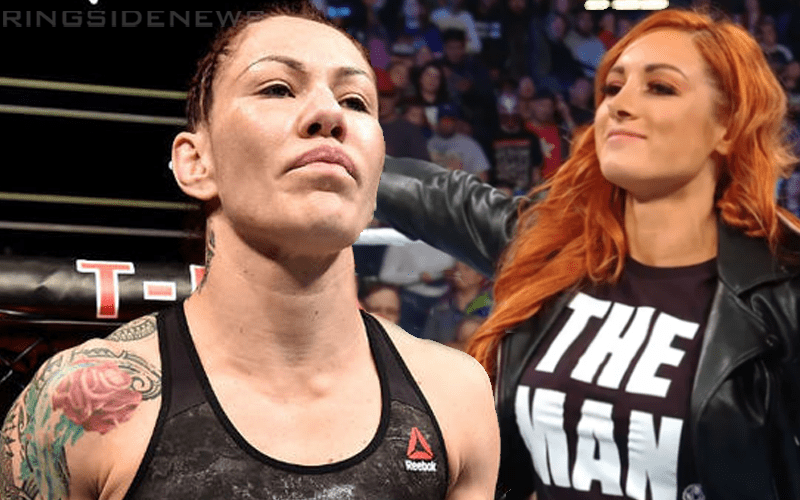 Cris Cyborg is trying to drum up interest for herself by teasing a WWE run once again. The biggest question is if she is serious about it.

Cyborg tweeted out a picture of herself holding the Money In The Bank briefcase along with what translates from Spanish as “I want Becky Lynch.” She also tagged Paul Heyman in this tweet.

This isn’t the first time that Cris Cyborg has teased a WWE run or interest. Then again, in previous interviews she also said that she couldn’t understand the idea of selling a move. Things can always change though and it looks like Cyborg wants the MITB contract now so she can get to The Man.

Of course, that’s not likely to happen for Cris Cyborg because the Money In The Bank ladder matches are already set for this year. There’s always next time though because WWE runs Money In The Bank events every year.

We will keep you posted just in case something happens in this situation. Cyborg was spotted at the WWE Performance center not too long ago, but she wasn’t serious about signing anything with WWE.

Cyborg telling Paul Heyman to “make it happen” is certainly interesting as well seeing how he would be a great mouthpiece for her in WWE. Because she would probably need someone to speak for her since her Brazilian accent is incredibly heavy and it might prove a big problem for fans trying to understand her through an arena’s PA system.