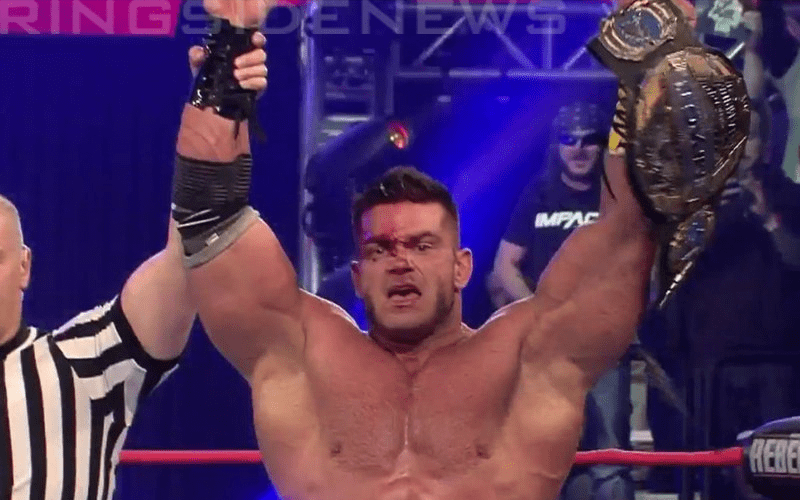 Brian Cage won the Impact World Title at Impact Wrestling’s Rebellion pay-per-view. It was a hard-fought match that saw him capturing a title that he had been chasing for quite a while. However, he feels as if he let the fans down by getting injured.

Cage took a bad bump during that match and afterward he was rushed to the hospital. He was okay and able to appear at the Impact Wrestling tapings the next day, but he wasn’t wrestling.

The Impact World Champion was injured and creative was reportedly thinking strongly about making some big changes.

The Machine sent out a message to fans saying that although he never once considered quitting the match due to his injury, he still feels like he let his fans down by getting hurt.

Thank you all. So many congrats & well wishes. I know I feel like I let my fans & myself down with injury & not delivering the way I wanted. However I’m starting to find happiness in what I can. Name is still in the history books & never once did I think about stopping the match

If you want to check out our full Impact Wrestling taping results from last night you can get those here.

Brian Cage fought hard so he has nothing to apologize for. That line about getting his name in the history books could lead us to believe that his reign won’t be long. Hopefully, he will be able to heal up so this is not the case.