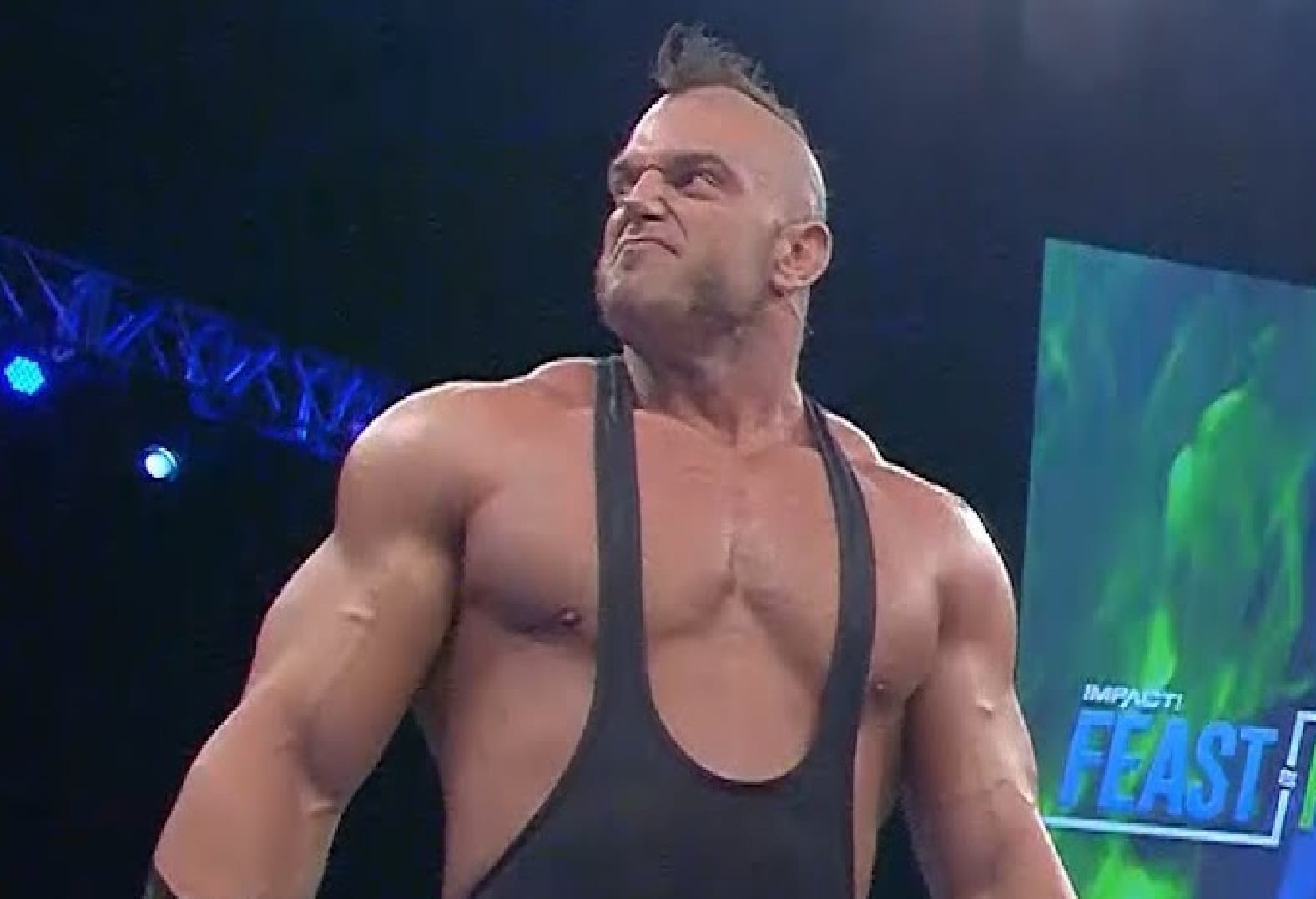 Brian Cage battled Johnny Impact at Impact Wrestling’s Rebellion pay-per-view on Sunday night. It was a hard-hitting contest with plenty of action that culminated in Brian Cage finally toppling Impact to win the World Title. However, it turns out that Cage didn’t get through the night unscathed.

PW Insider reports that Brian Cage needed to be rushed to the emergency room following his match against Johnny Impact in Toronto. It is reported that this is legit and not an angle at all.

F4WOnline reports that Cage was having trouble walking backstage and he apparently has a back issue.

You could also clearly see the marks on Cage’s back during the match where he was recently cupping. This was something that Don Callis called attention to during the match.

Brian Cage was actually hurt about three minutes into his match at Rebellion. You could tell as Johnny Impact hit him with a Spanish Fly to the floor from the ramp. Cage landed badly, but despite being hurt he still completed the match. Cage pushing through to complete the match also included a post-match beatdown from a debuting Michael Elgin.

At this time there is no word on exactly what Cage’s diagnosis is, but we will keep you updated as soon as more information is made available.