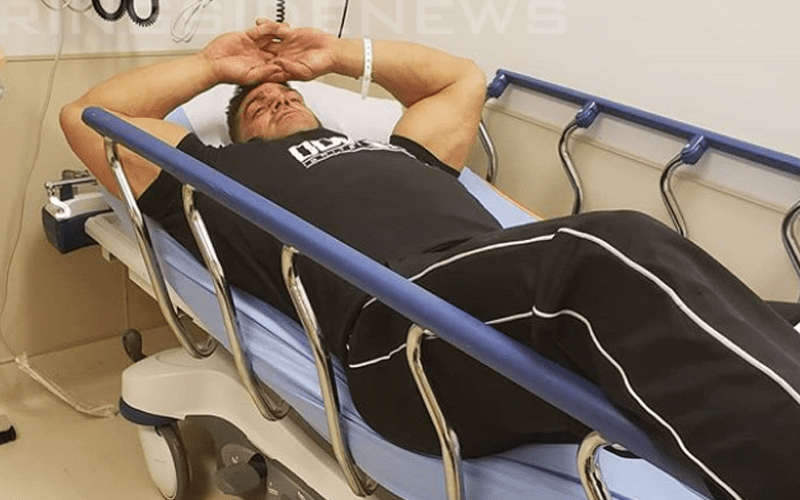 Brian Cage won the Impact World Title at Rebellion last night, but it turns out that the worked a majority of that match in a lot of pain. He took a nasty bump to the floor very early on in the contest that resulted in him spending some time in the ER.

Impact Wrestling’s Rebellion pay-per-view was a big night of action and you can get those full results here.

The Machine Brian Cage certainly felt a bit broken after his match against Johnny Impact. He later put out an update for his fans which featured a shot of him laying in a hospital bed. Of course, he’s a massive man for a normal sized bed, but now it looks like he has to wait to see what is next for his injury status.

Not the way I wanted to end the night or the picture/post I thought I’d be making. Very disheartening and disappointed how it went down.This is a moment I’ve dreamt about and have waited, trained, sacrificed and busted my ass for. And to say it doesn’t break my heart and sour my victory would be lying. Thanks for all the congrats and well wishes from everyone. Will see where we go from here…..

Brian Cage really left it all in the ring. He even stuck around after his match was over to take part in an angle with a debuting Michael Elgin where he took a beatdown.

We will have to wait and see what happens, but all we can do now is send out our best while the new Impact World Champion appears to be down for a bit.