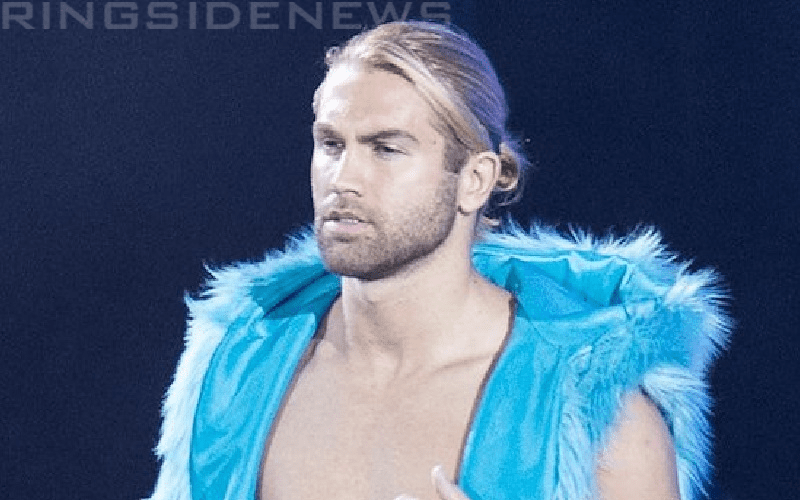 Tyler Breeze is one of the most charismatic and entertaining Superstars not being used on the main roster. Xavier Woods practically begged for Breeze to be moved to SmackDown Live after the Superstar Shake-Up took so many members of the Up Up Down Down cast from him. However, it looks like Breeze isn’t going to be leaving the red team.

Even though Tyler Breeze doesn’t seem to be exiting the main roster, he is scheduled for upcoming NXT events.

On previous occasions when Tyler Breeze worked NXT house shows after his main roster call-up he was treated as an absolute star so that is expected to continue. He has also made it no secret that he wants to make a return to the yellow team.

Tyler Breeze has also publicly wondered “what the hell happened” to his career because in NXT he was a star and placed in a match with Jushin Thunder Liger, but his main roster run hasn’t seen hardly the success most thought it would.

He is currently being advertised for next week’s loop of NXT house shows which he is expected to take part in. Until Fandango returns from injury, it appears that Tyler Breeze is without any real creative direction in WWE, but the NXT Universe is always happy to have Prince Pretty back.