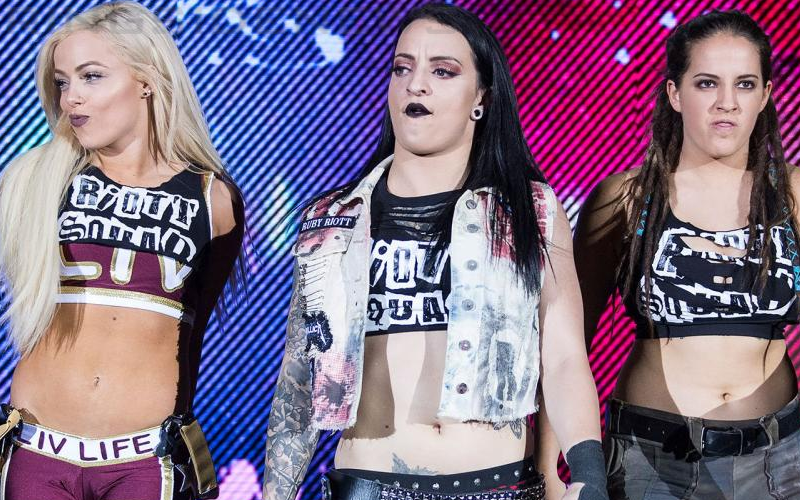 WWE broke up The Riott Squad by moving Liv Morgan over to SmackDown Live. This made a few fans sad, but others were still holding out hope that WWE would book them properly on their own.

With Sarah Logan and Ruby Riott remaining behind on RAW we aren’t sure if WWE is breaking them up because neither appeared on the show this week. Liv Morgan didn’t appear either, but she has plans.

Even though she didn’t appear on SmackDown this week, Liv Morgan still needs a vacation. So she’s headed off to Hawaii. Interestingly enough, so is Carmella as we previously reported.

Mella used #TotalDivas in her tweet about her vacation meaning that this is likely for the E! Network show. Since Liv Morgan is taking part in another one of these activities then that means she is very likely on the cast this year. Few have picked up on it yet, but she didn’t swim as a mermaid in front of a crowded bar for no reason.

Liv Morgan has also been traveling around with Sonya Deville a lot recently and Deville is also a new cast member on Total Divas next season.

WWE might have sent Liv Morgan over to SmackDown Live so she could experience a little character refresher of sorts. The company might want to spotlight Liv on her own and that apparently did not include the Riott Squad. Why the had to break the Squad up in the process was of course, a Vince McMahon decision.