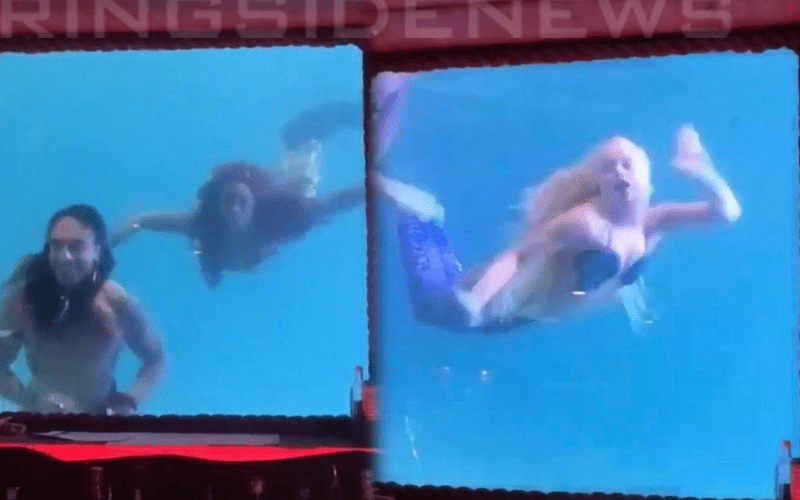 WWE Superstars have a lot of fun on the road, especially when alcohol is involved. During a recent night out, Carmella, Charly Caruso, Natalya, Liv Morgan, and Naomi all went to a bar where the special attraction is mermaids.

Liv Morgan and Naomi put on mermaid costumes and went swimming in front of a crowded bar of people. They are natural entertainers so the two really enjoyed their time in this new spotlight.

It is unclear whether this will be a part of Total Divas. There were no cameras seen in these videos, but it is pretty hard to believe that every one of those women would go out together like this without it being a part of the show.

Charly Caruso recently confirmed that she will be on Total Divas next season, but Liv Morgan has not been mentioned yet.

If this was for Total Divas one can only assume Liv Morgan is now a part of the cast as well. There could be more evidence because Liv Morgan was also recently traveling around with Sonya Deville who is also confirmed to be on the E! reality show next season.

You can watch the video evidence below to see what we’re talking about.