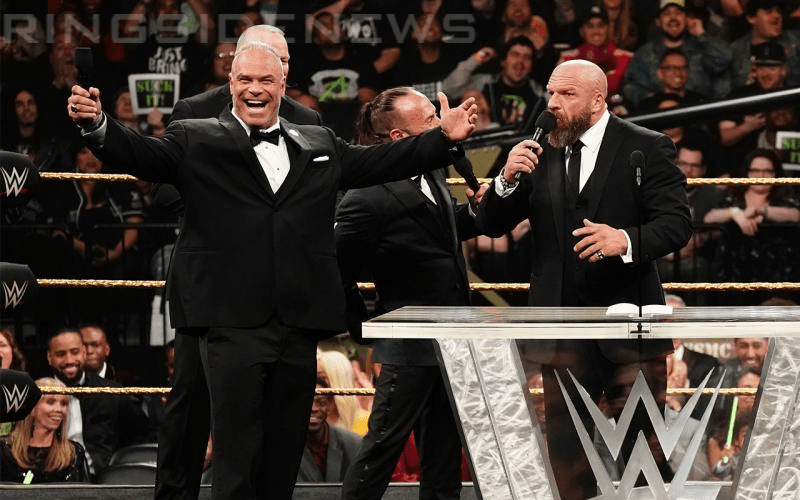 Triple H roasted AEW during D-Generation X’s WWE Hall Of Fame speech. Of course, all of those comments hit the cutting room floor when WWE re-aired the event, but they were included in the live broadcast.

The Game called AEW a pissant company and said that Vince McMahon might buy them just to fire Billy Gunn. Then Triple H took a shot at the Marty Scurll “too sweet whoop whoop” chants later on.

While speaking to the 411 Wrestling Interviews Podcast, Gunn revealed exactly what he expected during the WWE Hall Of Fame speech. As it turns out their plans went out the window because that is DX’s style.

“So when you start planning stuff out, it takes away from what we are. Because I feel like that’s what a lot of things are doing right now, you’re planning a bunch of stuff out. so when something organic happens you don’t react to it, because it’s not in the script. And we’ve never ever been ones to go by the script.”

Billy Gunn is now a WWE Hall Of Famer and nobody can take that away from him unless Vince McMahon decides to take it away from him.

D-Generation X’s speech felt like an old school DX promo because it was prepared very much in the same mindset as they just went out there and had a good time as DX is known to do. In the process, Triple H took a few shots at AEW and it seems like Billy Gunn was totally okay with it.