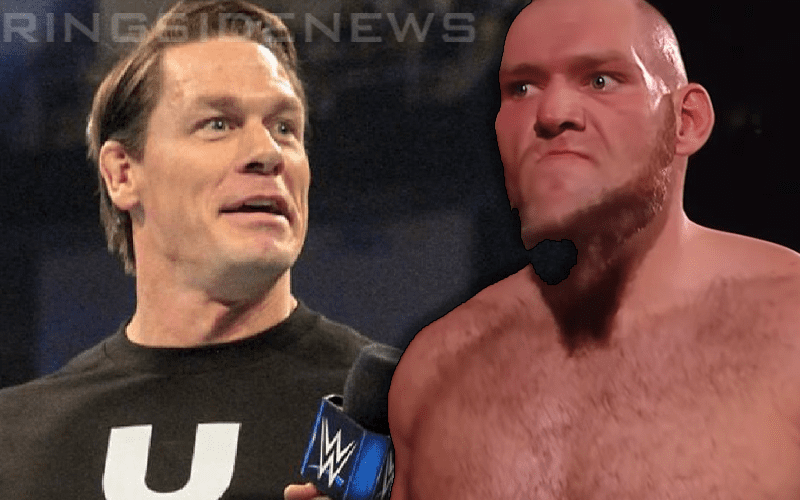 Lars Sullivan finally made his WWE main roster debut on the RAW After WrestleMania 35. He was actually supposed to be feuding with Cena going into the show of shows, but that couldn’t happen.

Sullivan was set to take part in a backstage angle months before WrestleMania to kick-start a feud. He had anxiety issues so that angle was scrapped. This resulted in Sullivan having to wait for his debut and then Cena appeared at WrestleMania in his Dr. Of Thuganomics gimmick once again.

Lars Sullivan recently uploaded a picture of himself done-up in a parody Dr. Of Thuganomics get-up to his Instagram story.

Instead of a medallion, he had a gold copy of the Legend Of Zelda NES game around his neck and his attire was capped off with an Oakland A’s baseball hat.

Although he didn’t say anything specifically in this story, his message is quite clear. The Freak certainly sees Cena.

The only question is when WWE might be able to arrange a confrontation between the two due to John Cena’s extremely busy Hollywood schedule.