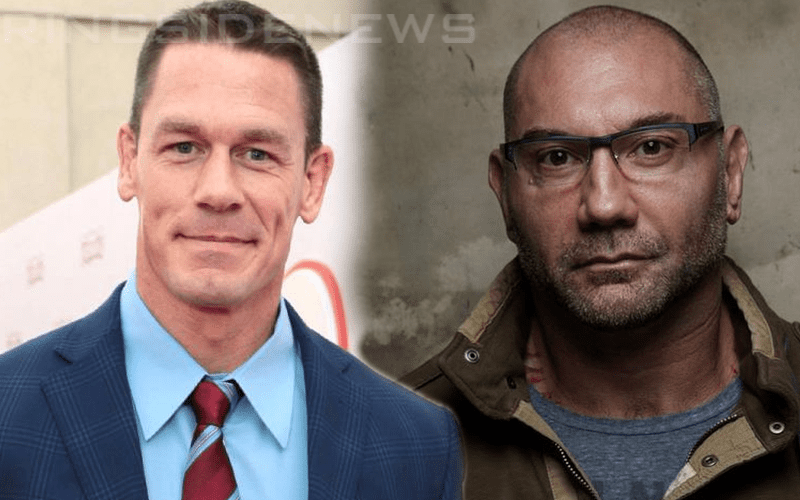 John Cena and Batista are both tearing up the film world and putting out big budget movies. However, Batista has also stated that he really wants to focus on serious acting as well. It looks like the Suicide Squad 2 wasn’t something he could make happen.

Justin Kroll reported yesterday that John Cena is being eyed for a role in the upcoming 2021 Suicide Squad sequel to play a yet-to-be-confirmed role. He added to his report on social media by revealing that the role Cena could play is one that Batista already rejected due to his work schedule even with it being written for him.

Couple things I forgot to add on this:

First this was the role originally intended by for Bautista but due to his massive work schedule, he had to pass.

It looks like John Cena could be playing the Peacemaker which could be interesting. Let’s just see if they can get John Cena to sign on and play the part that Batista turned down. 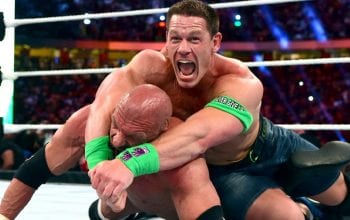