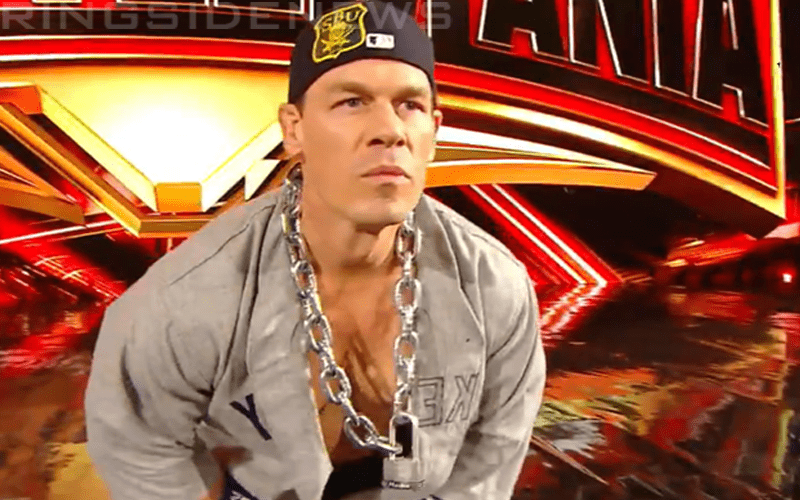 John Cena interrupted Elias’ concert and The Dr. Of Thuganomics made his big return. This certainly created a WrestleMania moment for a lot of people

Cena said he feels ridiculous talking normal while dressed as himself nearly fifteen years ago, but he obviously had a blast. He revealed that he wasn’t supposed to be at WrestleMania and he wanted to do something fun and special.

The 16x World Champion said that when this idea came up he simply jumped on it. Cena said it was done all in the good heart of entertainment and Elias put on a very creative performance.

Cena admitted that he didn’t want to take a ton of time away from the WrestleMania event for his segment, but it was awesome to be out there for only a few minutes.

“That’s my one rabbit out of the hat I don’t know what the hell I can do after that.”

John Cena said he wrapped his latest movie on Thursday and he wanted to do something, but he didn’t want to do something if he can’t be there. Cena isn’t about doing satellite interviews to keep a storyline going and he said that WWE sold out this event without him and it was just a pleasure to be invited.