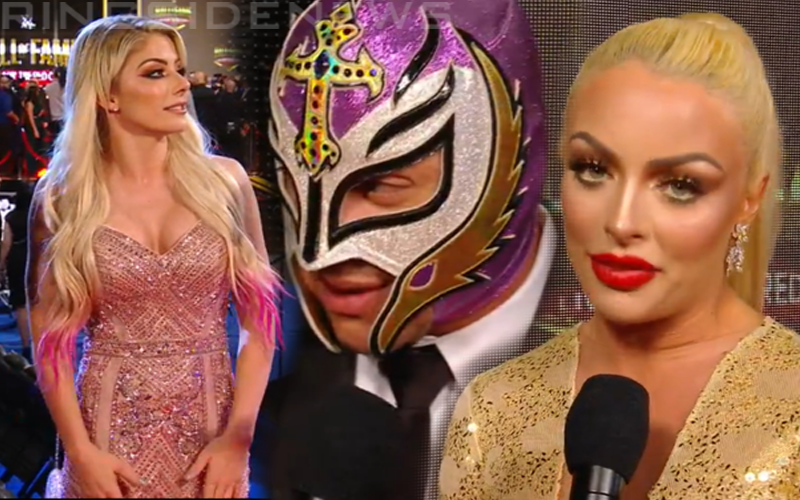 The WWE Hall Of Fame means that a red carpet is going to happen beforehand. There were several Superstars who appeared and dressed their best. Others made some very interesting fashion choices as well.

We have to give a nod first off to Lacey Evans and her epic red hat. She took the Classy Lady gimmick to the fullest extent possible.

Other interesting facts are that Charlotte and Andrade appeared together as a couple for the first time. Charlotte said that it was their “coming out party” after Charly Caruso suggested that’s what they call it.

Alicia Fox was also seen on camera too. So that should nix any of those rumors that she is being released. Because she was brought in for Mania as we previously reported.

You can check out some pictures from the WWE Hall Of Fame red carpet below and let us know what you think about how WWE’s top Superstars were represented on this formal occasion.