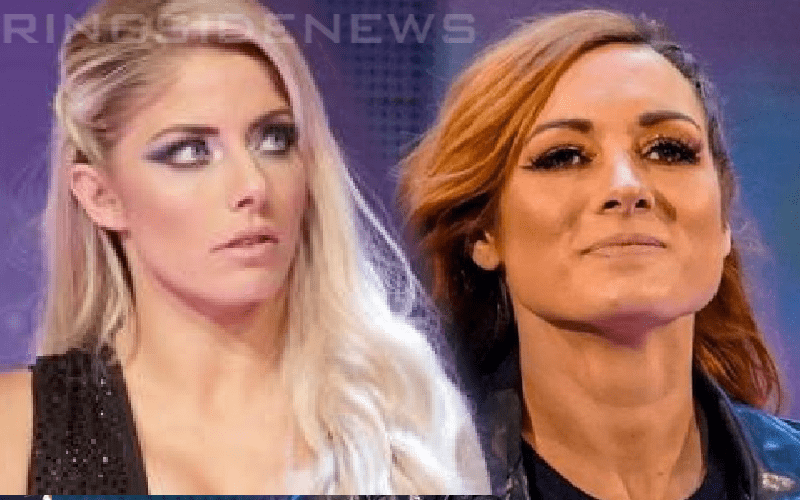 Alexa Bliss just came back from a very scary portion of her career where concussions really became an issue. She was cleared for a return, but it wasn’t an easy process.

Becky Lynch replied to a conversation on Twitter between Alexa Bliss and Ember Moon and she really upset Alexa in the process. Bliss and Moon are close friends and they will miss each other after the Superstar Shake-Up. However, Moon also got in The Man’s face and Lynch commented on this by saying, “I’m going to hit you that hard, Alexa will go out injured again.”

Alexa Bliss didn’t like hearing this at all because her career was really at risk due to her recent injury. So she had something to say.

We will have to wait and see if this could be the start of something. After all, The Man appears on both brands. However, this might have been an unintended offense. Then again, Becky Lynch can be pretty brutal with her words no matter who you are.

After that, Bliss tweeted out: “Taking a break from Twitter…” with a peace sign emoji. She later deleted that tweet, but you could tell that what The Man said really seemed to get to her.