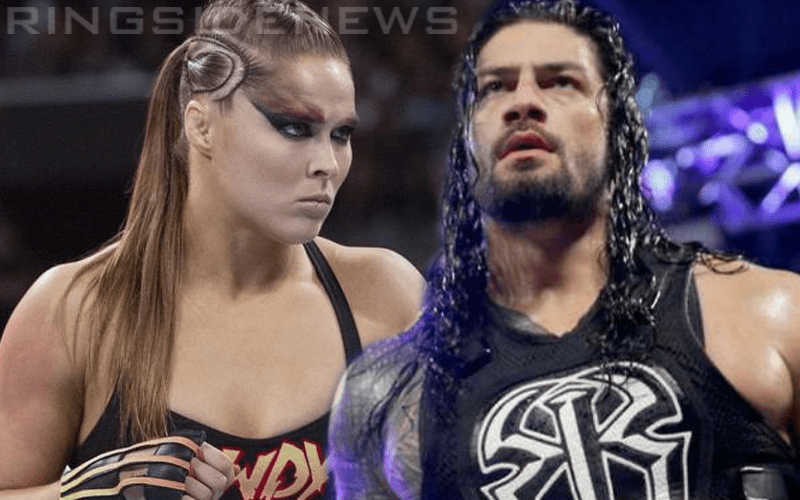 Roman Reigns is the Big Dog, but he’s not the Baddest Woman On The Planet. He was recently asked if Ronda Rousey could beat him in a fight and while he can take a punch, her armbar is nothing to mess with.

This might be a surprising thing for Roman Reigns to admit, but at least he was being honest as he spoke to the Elvis Duran Show.

“She’s going to chop my arms off me,” Reigns said. “If she gets a hold of one, she going to break that thing. I think I can take a punch from her but she would snap my arm like a twig.”

Ronda Rousey might not be around WWE very often from this point on. Her future with the company is completely up to her. Roman Reigns will be around and could have big things in store for him as well.

This is likely a moot point though because as long as WWE stays away from intergender wrestling it’s doubtful that we’ll ever have to worry about seeing those two face off in the squared circle.

Thanks to Express.co.uk for the quote