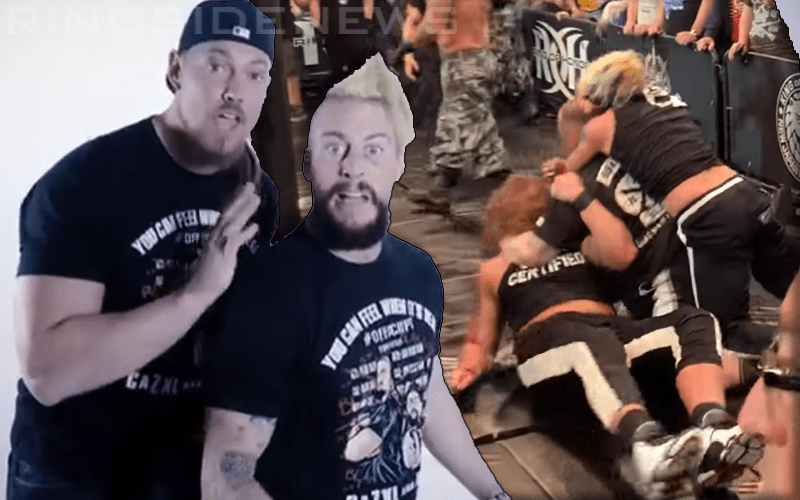 Enzo Amore and Big Cass have a different team name now which is nice because they didn’t really have one before. Free Agent Z jumped the barricade at the G1 Supercard and caused quite a stir. Apparently, ROH tried incredibly hard to make people think this was real.

The Wrestling Observer Newsletter reports that ROH didn’t tell anyone at all in NJPW that this angle would be taking place. Security knew what was happening so they didn’t try and stop this angle. However, that was also a huge tip-off to the fans that since Madison Square Garden security didn’t tackle them it must have been a work, which it was.

The idea was to make it seem very real which is why they were landing such stiff punches, but that did not really come off as expected. In fact, people saw right through it and were not impressed, especially the NJPW talent.

Tonga & Loa, who had just won, were not told, nor was anyone from the New Japan side told. They saw it, looked like they were mildly disgusted by it, didn’t fall for it and just walked away. Multiple sources have confirmed nobody in New Japan was told about it ahead of time.

This is why Tama Tonga fired a shot at ROH for this questionable booking decision. After all, the Tongans won the match against the Briscoes, but the losers were the ones who got jumped which doesn’t fit wrestling psychology at all.

Free Agent Z are still free agents without an ROH contract signed, but we should probably expect them to pop up again somewhere eventually.