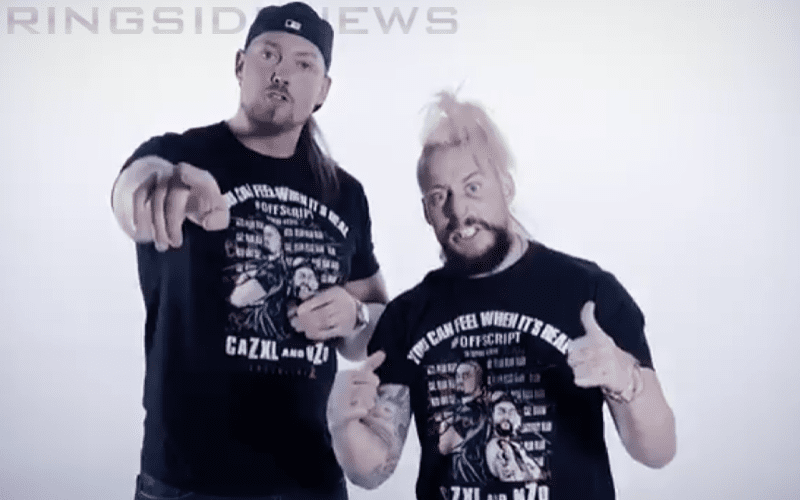 Enzo Amore and Big Cass were released from WWE, but they are still fighting alongside each other. They invaded the G1 Supercard and caught a nice beating from Bully Ray in the process, but they’re not done.

Tama Tonga was not happy at all about ROH’s decision to bring in the former WWE Superstars, but neither have reportedly signed a contract yet. At least we know what we should be calling them now

Enzo and Cass released a video revealing their new tag team name: “FreeAgentZ.” That name is an obvious play on words with “Free Agency” which would coincide with their gimmick.

Big Cass is also known as “CazXL” now and Amore is still Enzo, but it’s just spelled differently as “NZO.” They are selling merchandise too because they’re really good at that. You can check out their hype video below to see what they’re working with now.