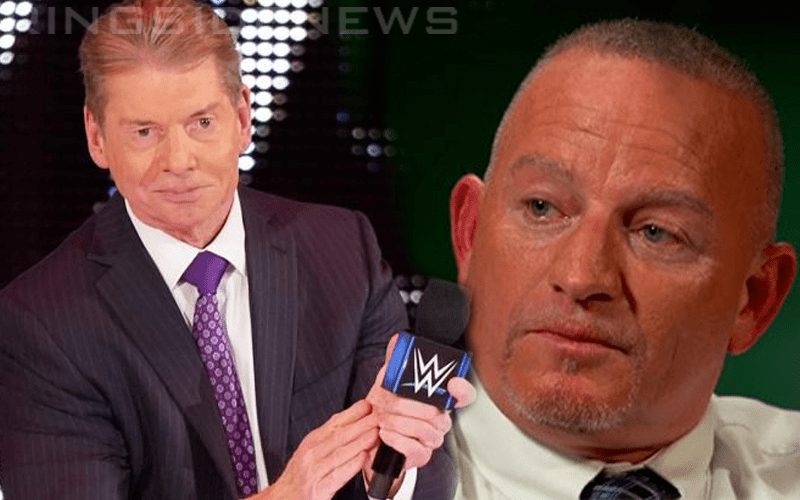 Road Dogg is no longer the Co-Head Writer of SmackDown Live. That was a pretty surprising announcement. It seems like the company already has a job for him though.

The Wrestling Observer Newsletter reports that the last few weeks have been very hard on Road Dogg. Vince McMahon was on his case especially hard over continuity issues on SmackDown Live which led to a lot of frustration on Road Dogg’s part.

Vince was riding him hard because James wasn’t able to mask his frustrations while at the dais and the last few weeks in particular were very hard for him.

There are a ton of positions for Road Dogg to fill in WWE so he isn’t leaving the company. If anything, he will be able to find himself in a position with a lot less stress so he can hopefully enjoy his job a little bit more without all that extra stress of having Vince McMahon come back and change things that he just did.