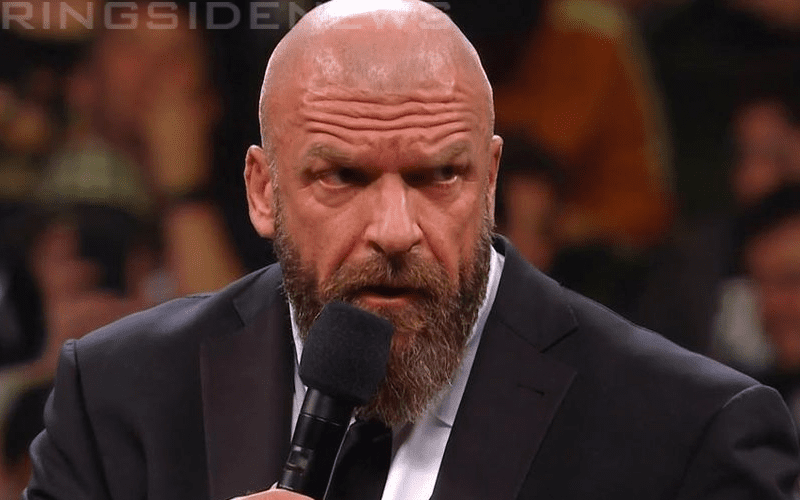 The WWE Hall Of Fame was a pretty wild night from Bret Hart getting attacked to John Cena causing the fans to chant so much for him to have a match with Kurt Angle that it held up the ceremony. Then the main event came and D-Generation X didn’t disappoint as usual.

Triple H mentioned that he is an executive in WWE and made a joke about how adding Executive Vice President to anyone’s name will make them be full of themselves. This was a slight shot at AEW, but then it got very clear later on that WWE knows what AEW is doing.

During DX’s induction speech there came a time when the crowd started chanting “Thank you Vince.” Then Triple H made a remark that Vince McMahon will hire everyone in the building just so he can fire them.

Shawn Michaels said that he will never thank Vince McMahon for anything, especially the two WWE HOF rings. Then Billy Gunn had an even better response when he said that Vince can’t fire him. After all, he’s working for AEW now.

The fans started chanting “AEW” and Gunn looked like he wanted them to stop. Then Triple H said that McMahon will “buy that piss ant company just so he can fire you.” This created a huge pop.

Shawn Michaels also said it’s not untypical for Billy Gunn to under deliver, but he thanked him for showing up and being “all in.”

There was a spot later on where they gave the Too Sweet and the crowd started doing the “Too Sweet Whoop Whoop” chant. Triple H said he hated that and said that their stuff was cool and that isn’t.

It looks like the first shots were fired by WWE during WrestleMania weekend and it came from D-Generation X.