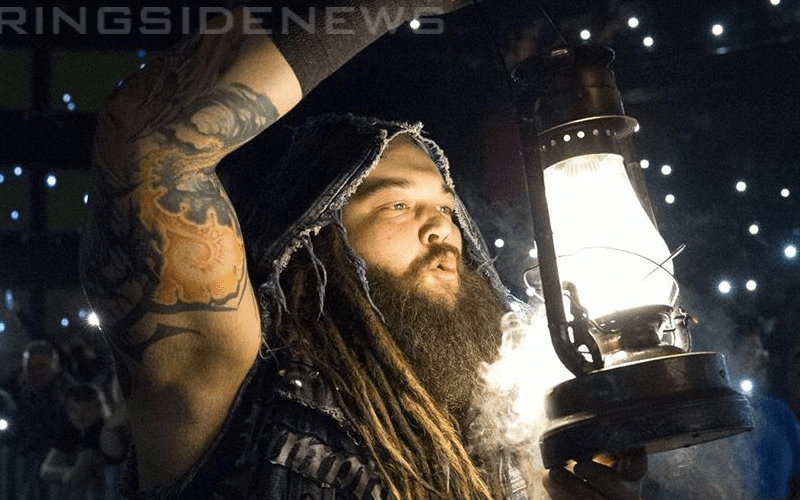 Bray Wyatt has been gone for a while. We recently found out that he is expecting a child with JoJo Offerman, but there were also reports that he will be coming back soon with some big changes to his character. It looks like we got some big teases this week.

The Raw After WrestleMania came back from commercial to show a cardboard box on the screen. There was smoke coming from this box and some eerie music was playing.

Suddenly, a buzzard puppet that looked like it’s from a Jim Henson movie like the Dark Crystal or something popped out of the box. Then the bird started to laugh, but his laugh was very familiar. This buzzard laughed just like Bray Wyatt. It was very creepy and then all of a sudden, the promo was over as quick as it started.

It looks like The Eater Of Words is coming back and he might have a puppet friend? Whatever WWE’s plan is at least that promo was cool.