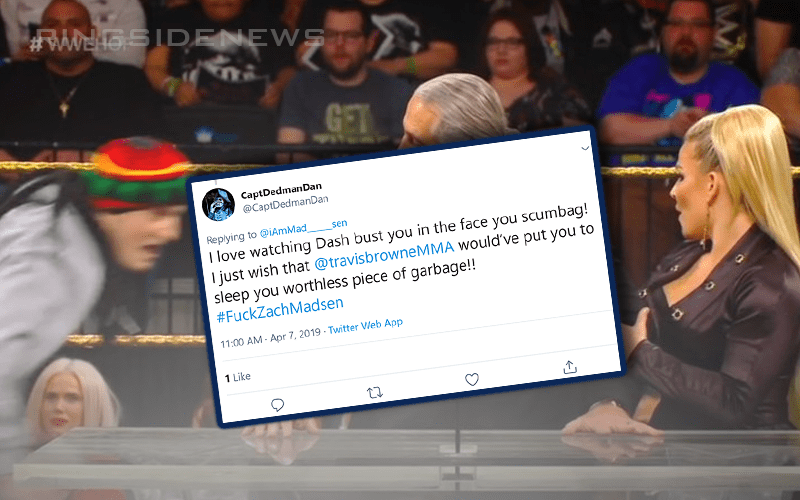 Bret Hart was attacked at the WWE Hall Of Fame when he was in the middle of accepting the honor as part of the Hart Foundation. This guy named Zach Madsen was not thinking at all because Travis Browne, Davey Boy Smith Jr, Shane McMahon, and many more were right there to pummel him relentlessly.

Dash Wilder even got in a sick uppercut on Madsen that dropped him like a sack of hammers. This was justly deserved by a lot of people’s estimation.

Madsen was actually arrested in January over stalking charges too. So he has a record of not being able to take a hint that he isn’t wanted. Now the IWC is having at him.

Hart’s attacker posted a tweet on the 4th about it being a New Day. This is the tweet that a ton of people in the Internet Wrestling Community have targeted and overnight it has over 350 replies as of this writing. None of them are good.

This just goes to show that you never disrespect The Hitman.