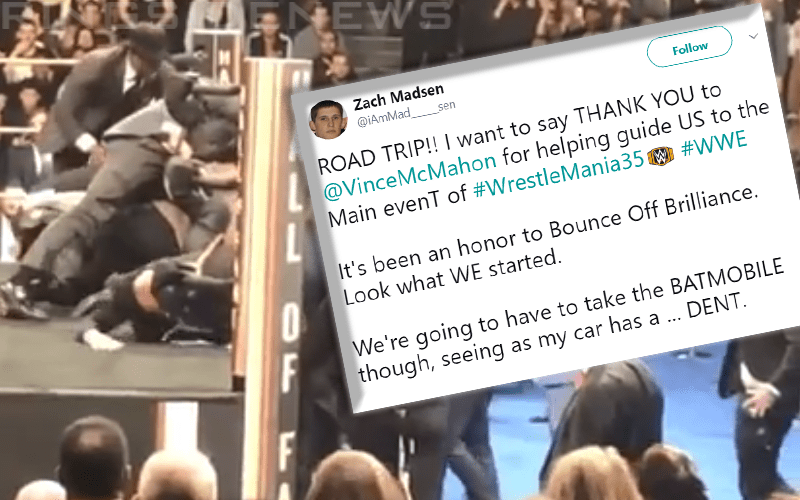 Bret Hart was attacked during the WWE Hall Of Fame thanks to the Barclays Center having terrible security at the event. Thankfully, Travis Browne hit the ring before Zach Madsen could even put his hands on Bret Hart in a big way.

This dude — who is apparently a washed-up MMA fighter — has been directing some very strange messages at WWE for a while. It doesn’t take long to scroll down his Twitter feed and realize that Madsen has it out for Vince McMahon.

It also seems like Madsen is upset at The Shield. Several of his tweets were directed at Roman Reigns, Seth Rollins, and Dean Ambrose. He has a fondness for bad photoshopping too.

You can check out a few of his tweets below. There are several where that came from, but this gives you an idea that this cat has been throwing threats for a while.