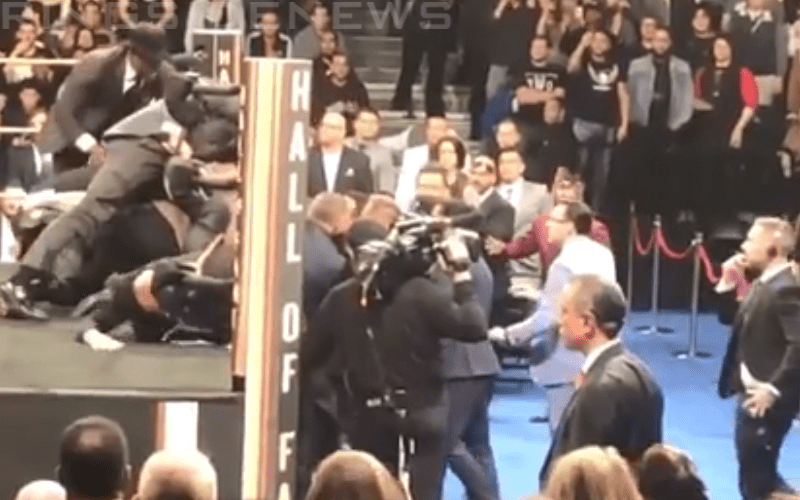 Bret Hart was giving his speech during the WWE Hall Of Fame. Then things went very wrong as a man jumped the barricade and tackled The Hitman.

This was a very scary event and WWE now has an official response on the matter. They were quick to get this out as well seeing how the WWE HOF ceremony is still going on.

“An over-exuberant fan surpassed our security at ringside and made his way briefly into the ring. The individual has been turned over to the proper authorities.”

“Over-exuberant” is an understatement. This guy will likely face a couple of charges, but Dash Wilder was able to extract a certain amount of early justice which was 100% deserved.