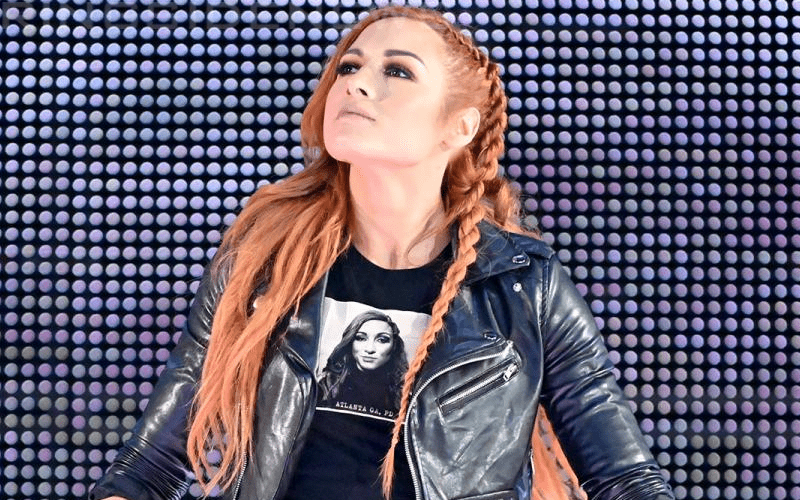 Becky Lynch is The Man and don’t you forget it. She was the subject of Dusty Rhodes’ final tweet before his passing where he praised her for being a future #1 star. If you need further proof then WrestleMANia is this Sunday. It looks like Lynch is in for a big night at the show of shows as well, but WWE has no off-season and things must carry on.

The Wrestling Observer Newsletter noted that Becky Lynch “is being pushed as the female face of the company.” This decision was made following the massive fan reaction she gained during the build-up to Survivor Series.

Therefore, whatever WWE does with Lynch following WrestleMania you can bet that she will be heavily featured. WWE has a couple of options about what to do with Becky Lynch, but Ronda Rousey’s decision to leave WWE could change a lot about who she is facing later on.

There is a lot of debate on whether Becky Lynch is the highest merchandise seller in WWE. She is definitely up there though and it is hard to deny that she is one of the most popular Superstars in the company.

The fact that The Man was recently offered a new WWE deal for more money is also a very good sign that she will continue to be the face of the women’s division from this point on.