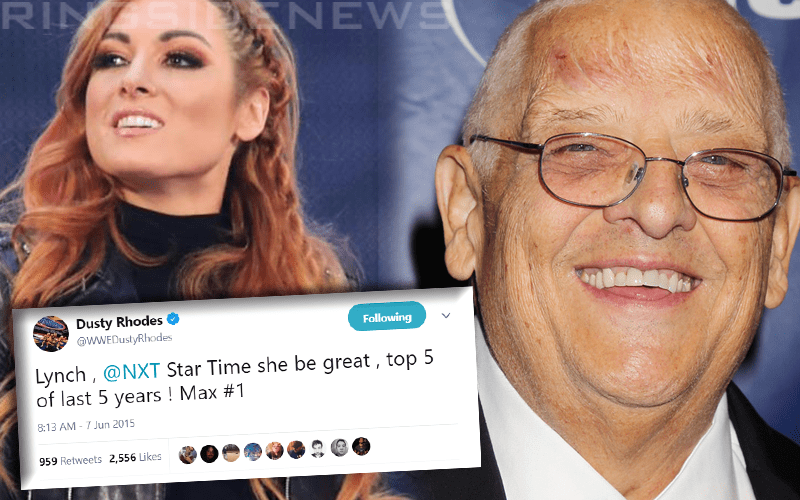 Dusty Rhodes meant a lot to the WWE Universe and he was an incredibly influential force at the WWE Performance Center before his passing. Nobody expected to lose The American Dream so soon, but he spent his life in pro wrestling and knew what it takes to make it in this business.

Becky Lynch brought up this tweet today because it obviously meant a lot to her. She commented by saying that in one week she will prove The American Dream was right by winning in the main event at WrestleMania 35.

“In one week I’m going to prove The Dream was right. #WrestleMANia”


Seeing this kind of thing is really awe-inspiring. Dusty Rhodes passed away over three years ago, but his words are still ringing true in a very topical sense. He obviously noticed something in Becky Lynch before a lot of people apparently did. She was already a member of the 4 Horsewomen at the time, but nowhere near her current status on the roster.

Hopefully, The Man will be able to prove that Dusty Rhodes had a spectacular eye for talent, or at least do him proud.