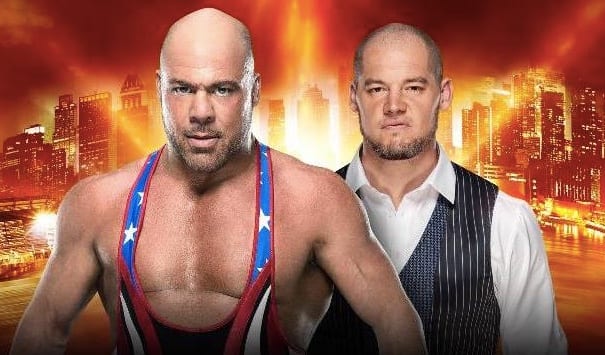 As seen on Sky Bet, the betting odds for Kurt Angle vs Baron Corbin at WrestleMania 35 have been released as we look ahead to Angle’s final match on the grandest stage of them all next week.

It’s not exactly a secret that there’s been some controversy surrounding Angle’s final match, which will take place this Sunday. A lot of fans feel like The Undertaker or John Cena should be the ones to send Kurt off into the sunset, with the inclusion of Baron Corbin being a bit confusing to some.

Either way it feels like Angle is going to give it his all in what is bound to be an emotional night, but either way, there have been some question marks from the WWE Universe regarding who is actually going to come out on top if this match goes ahead.

The betting odds suggest that Angle is a 1/2 favourite with Corbin being the 6/4 underdog, which is probably a lot closer than most would’ve anticipated.

Kurt has had one hell of a career and it’ll be intriguing to see how he signs off this Sunday, because one way or another, people are going to be talking about it on Monday night on the post-Mania edition of RAW.