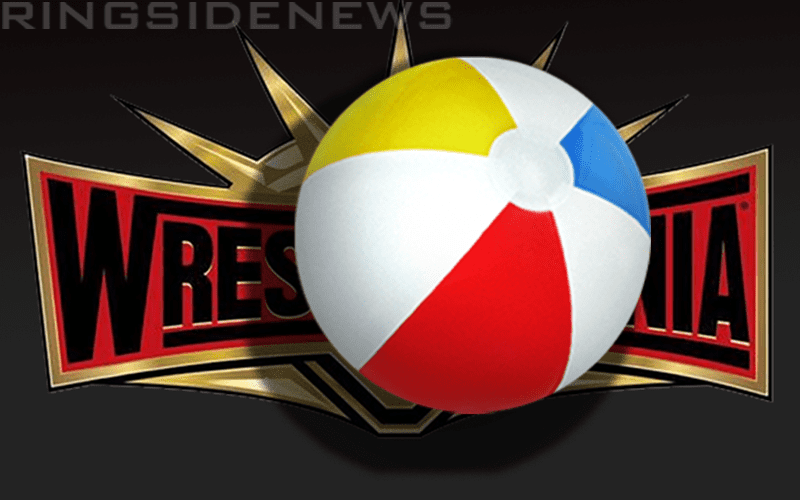 WWE has run into some issues in the past couple of years when it comes to fans bringing beach balls to big events. It can distract from the action and certain Superstars might just destroy everyone’s fun right in front of their eyes by snatching a beach ball from the fans.

Despite Cesaro hating beach balls and thinking that fans who bring them should be banned for life, apparently, they’re not a big deal this year. They very well might end up being on a banned item list eventually, but right now it looks like beach balls have a green light in MetLife Stadium.

WrestleMania 35’s venue released a big address to fans attending the event with proper protocol. They’re not allowed to have bags that you can’t see through and security will be tight. However, beach balls do not appear on the banned items list that they provided.

This is very interesting and makes us wonder if WWE might have some additions to that list on the day of the show.

It might not be a good idea to test it, especially if you have expensive tastes in beach balls. It will be interesting to see if WWE fans bring back Beach Ball Mania once again.