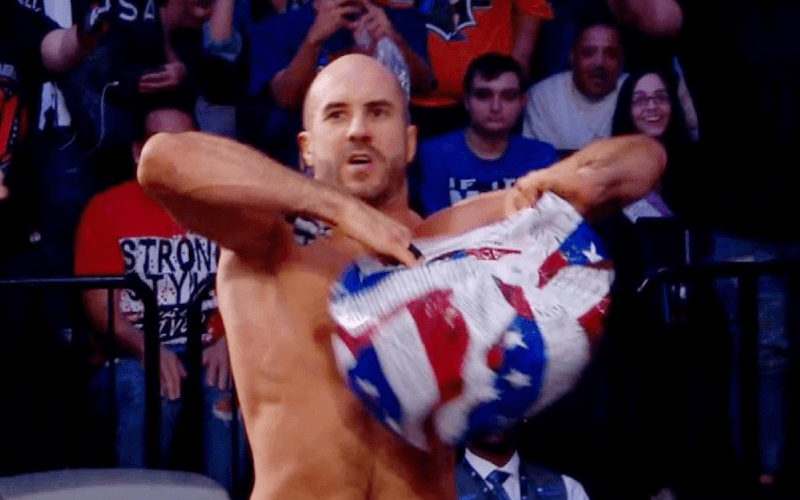 While speaking with CityPages, Cesaro was asked about destroying a beach ball at last year’s SummerSlam event and mentioned that people bringing beach balls should be ejected from WWE arenas and banned for life.

“Excuse my language, but fudge beach balls. Seriously. That’s absolutely disrespectful. We were wrestling for the Tag Team Championships, and you want to play with a beach ball? Get the hell out of here. Go. Leave the arena, and don’t come back. I think every person that brings a beach ball into a WWE arena should get ejected for life.”

Below is footage of Cesaro destroying a beach ball at SummerSlam last year while it was causing a huge detraction during this match.