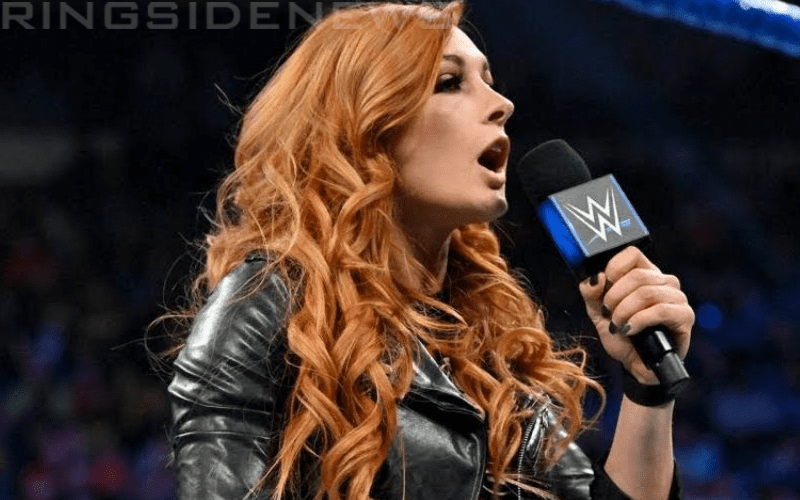 Charlotte Flair picked up the SmackDown Women’s Title to make history with her 8th title reign in WWE. This was not received well by some members of the roster and even Becky Lynch commented saying that Asuka deserved better.

With Flair as SmackDown Women’s Champion it certainly changes up things in a big way. Now the RAW Women’s Title match that is set to main event WrestleMania will have two champions involved in the contest.

This was not received too well by The Man. So she showed up after SmackDown Live was off the air to call Flair out.

It doesn’t seem like Flair was game to come out and take on Becky Lynch. We will see them throw down at WrestleMania regardless, but Ronda Rousey will also be in the equation.

Unfortunately for The Man, Lana answered her call instead. After all, Flair was busy taking photos with her new SmackDown Women’s Title.