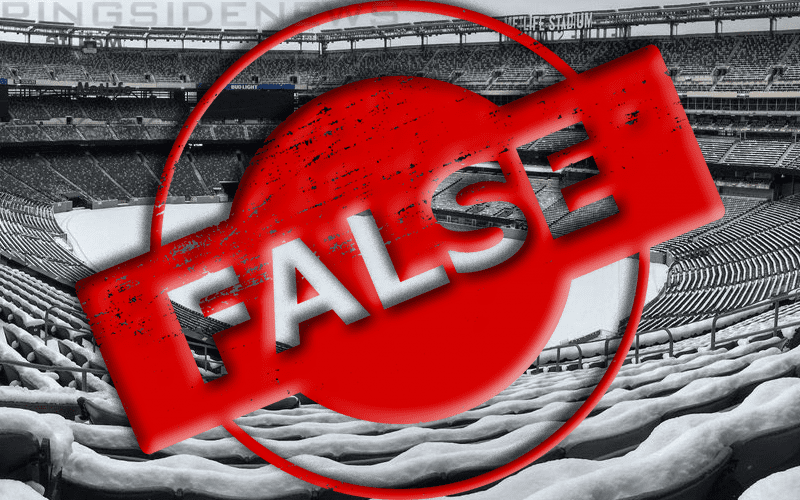 There are a lot of fans out there messaging us about the WrestleMania weather. It seems that some older photos are being passed off as recent and we have to clear it up.

There are pictures floating around of people shoveling snow out of MetLife Stadium and we can confirm that those are old. It hasn’t snowed for a week in the area and that was in NYC. Therefore, MetLife Stadium is not a blanket of snow right now.

Rain is more likely than anything else for WrestleMania this year, but the ring will be under a canopy. This is always the way WWE does things in open stadiums.

You never know what can happen with the weather and global warming, but the Accuweather forecast of the area predicts some rain is possible a couple of days before WrestleMania, but it is supposed to be partly cloudy and 60 degrees on the day of the show of shows.

Even if it snows in New Jersey they are prepared for such an event in that area and WWE will carry on the show anyway. The only thing that will change Vince McMahon’s mind is a national emergency. So you can stop worrying about WrestleMania not happening this year because of weather.