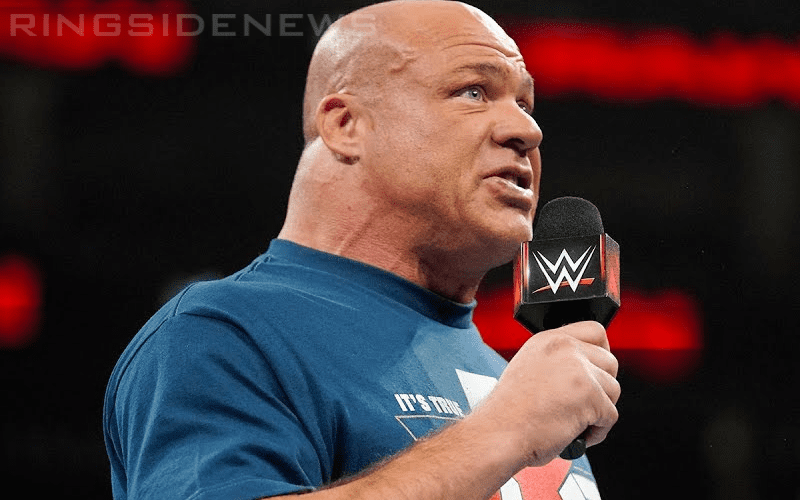 Kurt Angle announced that he picked Baron Corbin as his WrestleMania opponent. This was not received well by fans, coworkers, and other members of the WWE Universe. In fact, the video of the announcement might just go to set a new record on YouTube in a very bad way.

As of Monday, WWE’s plan was really to have Kurt Angle face Baron Corbin at WrestleMania in his last match. This was not a swerve or intended to get this kind of heat either.

Bryan Alvarez spoke about this situation on Wrestling Observer Live where he said that due to the insane fan backlash his gut tells him that WWE might change the match now. However, that was not their intention last night and there is still a big chance that the match will carry on as planned.

“My gut tells me they’re probably going to change it. They may put John Cena in there — which is the match it should be. But as of yesterday, this was their idea. Kurt Angle vs Baron Corbin.”

Baron Corbin is a great heel, but this kind of heat might not be what they are looking for. This is bad heat and people genuinely don’t like to see Baron Corbin.

In time, X-Pac might lose the heat named after him because “Baron Corbin heat” is becoming a much better example of people booing someone that they legitimately want to see go away.