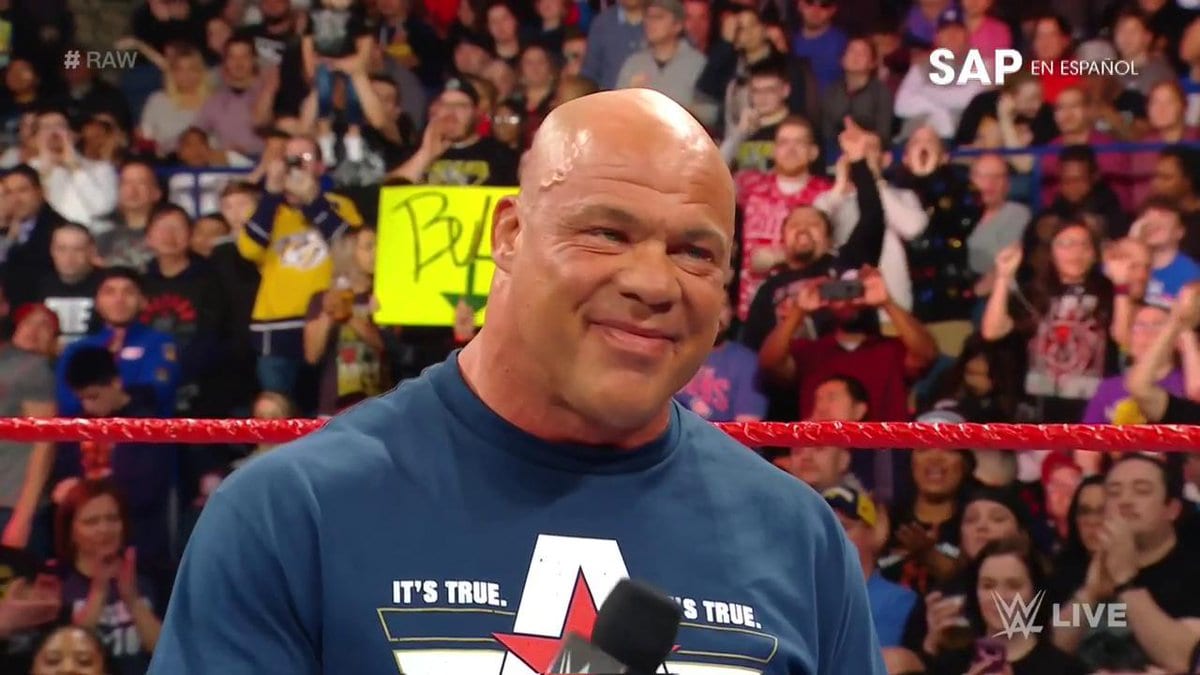 Kurt Angle made an announcement in his hometown of Pittsburgh that he will be wrestling his farewell match at WrestleMania 35. Then he came out during RAW in Chicago to name his opponent.

Angle received a ton of “You Suck” chants from the crowd before the Kurt Angle farewell tour continued. WrestleMania was 20 days and Angle received huge, “Thank you, Kurt” chants before he carried on.

The Olympic Hero thanked the McMahons for letting him pick his opponent. Then he announced that he wants to face Baron Corbin at WrestleMania. Because nothing would make him happier than tapping out Baron Corbin at Mania so he will be the happiest man in the world on his way out.

Then Chad Gable came out for a match against Angle. Gable is a man that is much more suited to have a great match with Kurt Angle than Baron Corbin. Still, it is going to be Kurt Angle vs Baron Corbin at WrestleMania 35 in Angle’s farewell match.