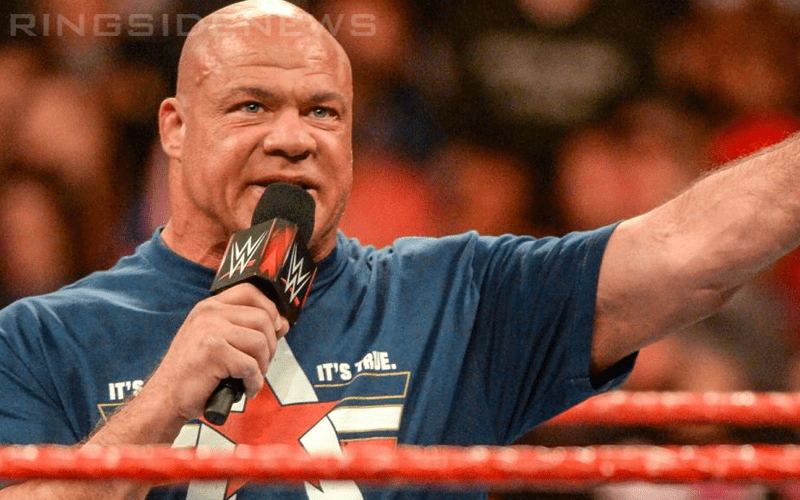 Kurt Angle showed up in Chicago this week to announce his WrestleMania opponent and work a match against Chad Gable. This was a pretty big moment in his career as Mania will be his final match, but then he let the wind out of everyone’s sails after announcing that Baron Corbin will be his opponent in his farewell match.

We have been getting tons of fans messaging us to express their feelings about this creative decision. There is a hope within the IWC that John Cena could be inserted into this match or take Baron Corbin’s place. However, that doesn’t seem to be the case.

Even Kurt Angle’s wife expressed some kayfabe irritation at her husband’s Mania opponent choice. The Chicago crowd was chanting “We want Cena” and while he is slated to be at WrestleMania, the company apparently has other plans for him.

Baron Corbin is still a man that Vince McMahon sees big things in. There is a thought backstage that he is a future World Champion as well. Putting him with Kurt Angle in his farewell match will be another huge notch in his belt. It remains to be seen if the company will actually give Corbin the win over Angle, but it wouldn’t be surprising.

Plans can always change and in today’s WWE climate that phrase has never been more true. However, don’t expect a big swerve where Baron Corbin is replaced by Big Match John or The Undertaker or anyone else that the fans would rather see.